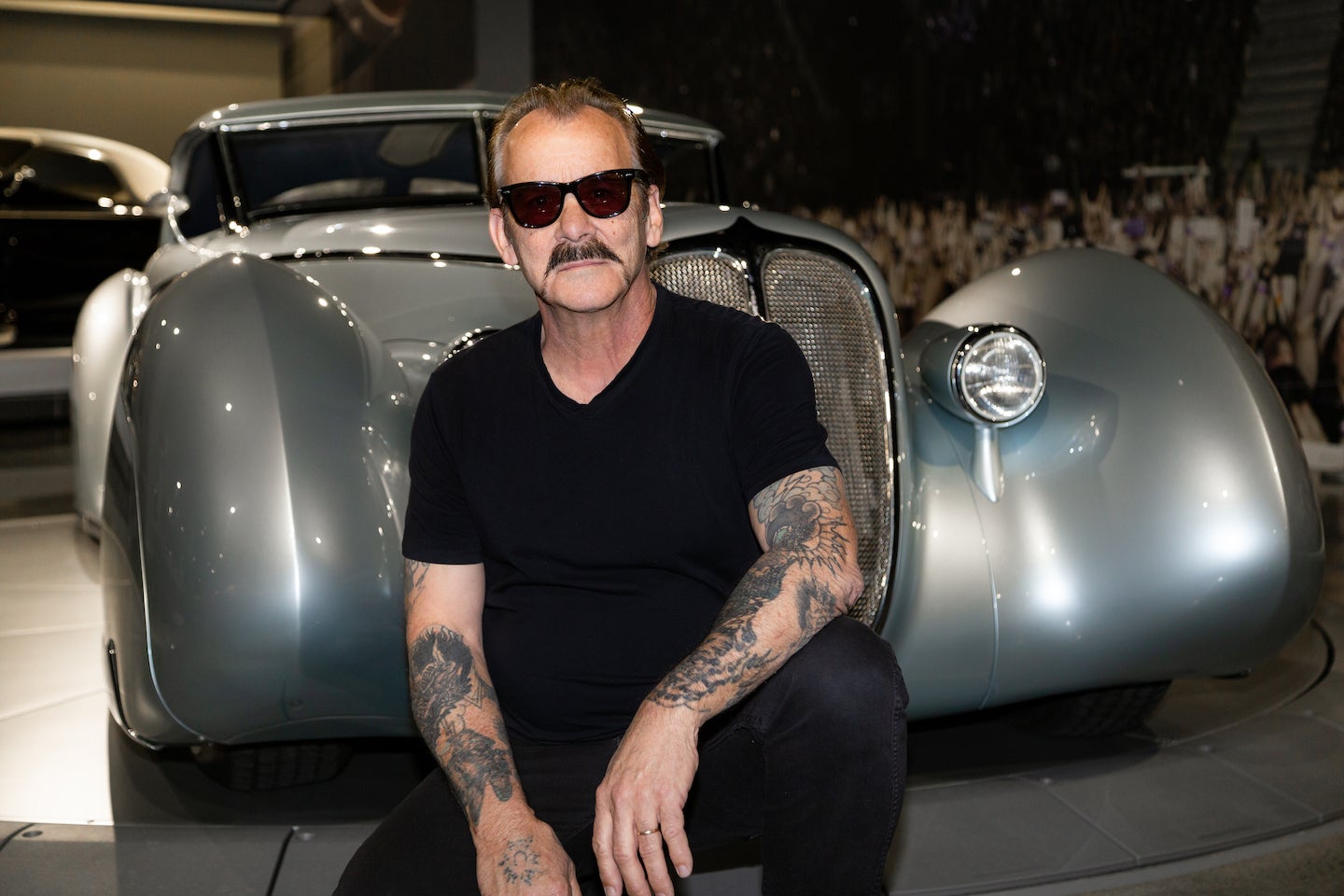 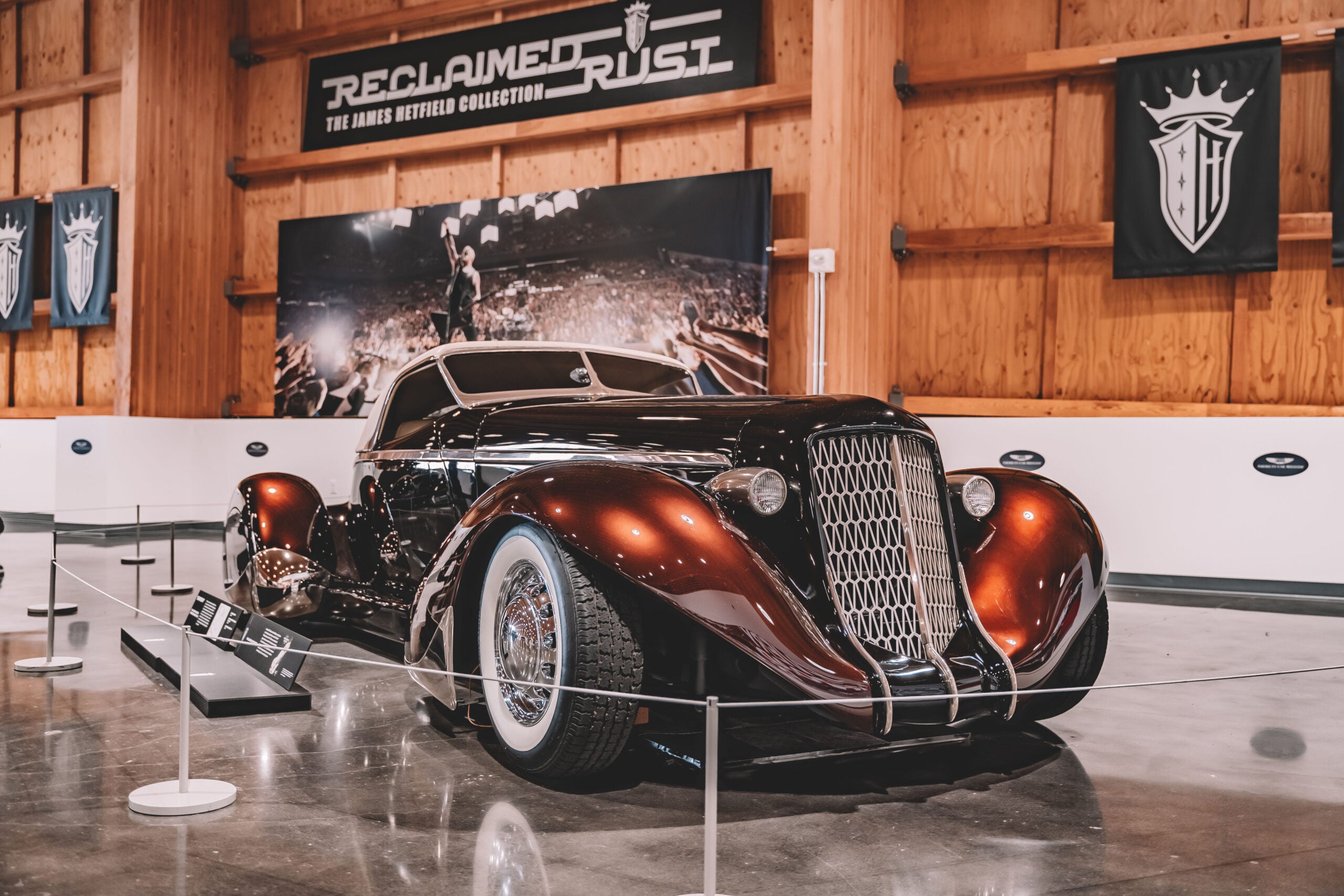 Join us on Saturday, November 19 from 9am – 11am for our exclusive Reclaimed Rust Exhibit event. Joining us as a special guest for this event is legendary automotive customs builder and 2022 Master Craftsman award recipient Rick Dore. This is a unique opportunity to hear from Rick as he shares some of his first-hand, behind the scenes insight and knowledge on how he worked with James Hetfield, lead singer of Metallica, to make these one-of-a-kind vehicles come to life. Stick around after the presentation to meet Rick, get a Reclaimed Rust photo or t-shirt from our ACM Store signed by him, and take in the beauty of the 10 exquisite cars that are a part of the Reclaimed Rust Exhibit.

This event is FREE to attend for active museum members. Not a member?

Join, renew, or upgrade your membership and attend this event for FREE.

This event is open to the public and for non-members. Non-member pre-sale tickets for this event are available for purchase via the link below.

Get To Know Rick

Rick Dore, originally from New York, has been at the forefront of the custom car scene since the early 1990s. A member of numerous automotive halls of fame, Dore’s one-of-a-kind creations are regularly featured on the covers of Hot Rod, Street Rodder, Rodder’s Journal, Custom Rodder, and Rod & Custom Magazine.

An uncanny eye for style and a flair for the dramatic have made Dore a top choice for high-end custom car aficionados. “For me it’s more about the art of the car. My cars have to have great lines, styling & elegance…but most of all, they have to have attitude.” Rick Dore customs are highly sought after at auction, and a toy line has been modeled after several of his designs. As Metallica’s James Hetfield puts it, “When it comes to building a Kustom car, Rick Dore is in a league of his own.” One Seattle-based hot rod writer declares, “Rick Dore has a restless and inventive spirit. He reaches out and goes where nobody has ever gone before.”

“I have always loved cars, especially customs, prototypes and coach built cars. Initially, I took on my own projects out of the love and desire to create and modify my own automotive visions.

These early projects, like my ’57 Buick Lavender Persuasion and my ’53 Buick Breathless really took on lives of their own and were incredibly well received. They showed me there could be more to this work and passion, that I could be creative, push things further and explore my ways to enhance these cars given to us by Detroit.

[French] influences and a creative eye continued to drive me to do more and take chances, and really allowed me to find and create my own style.
I have been blessed to partner with some daring clients, collaborators and  friends that in many ways allowed and even encouraged me to create, design and build works of rolling art, to be-able to create one of a kind cars that I dare say rival those of my early coach builder and customizing influencers is a dream come true.

As my career and projects evolved and progressed it always reminded me of how fortunate I was to have had the opportunity & privilege to work with an exceptional team, individual craftsmen and artists. I owe each and every one of them my thanks and appreciation.” – Rick Dore