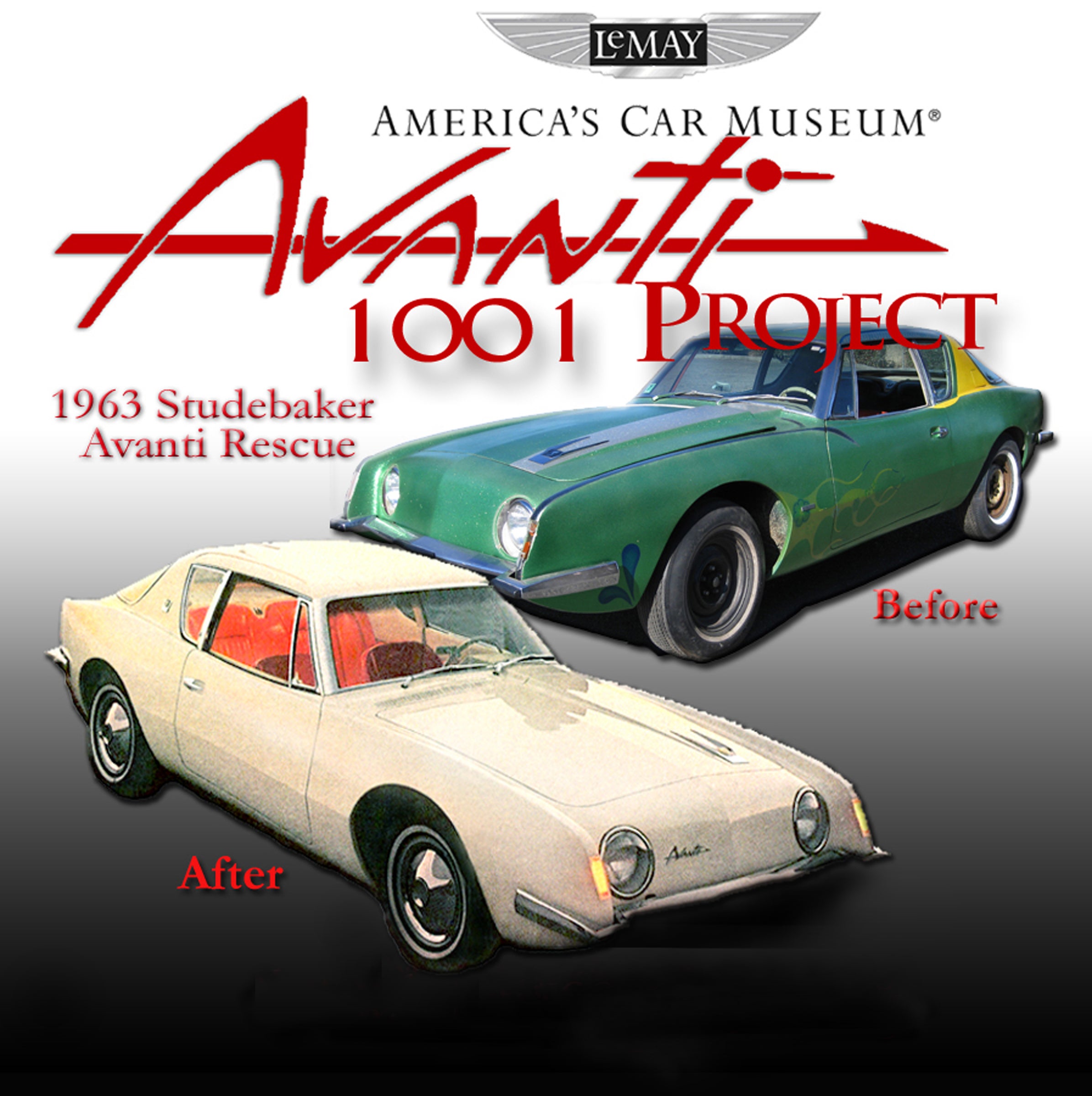 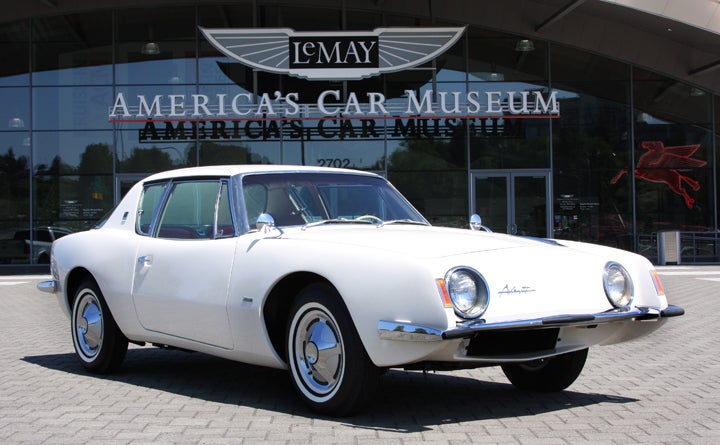 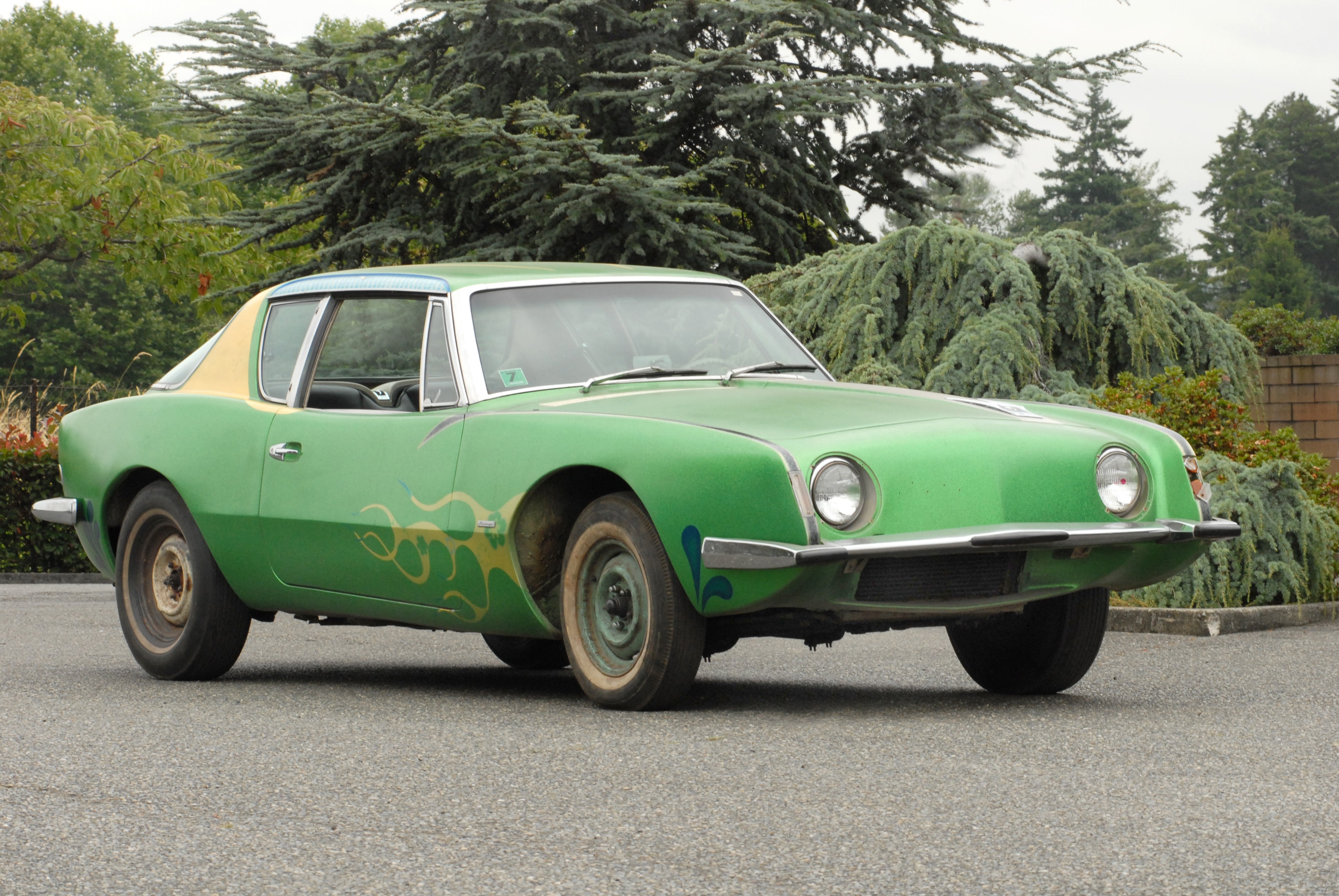 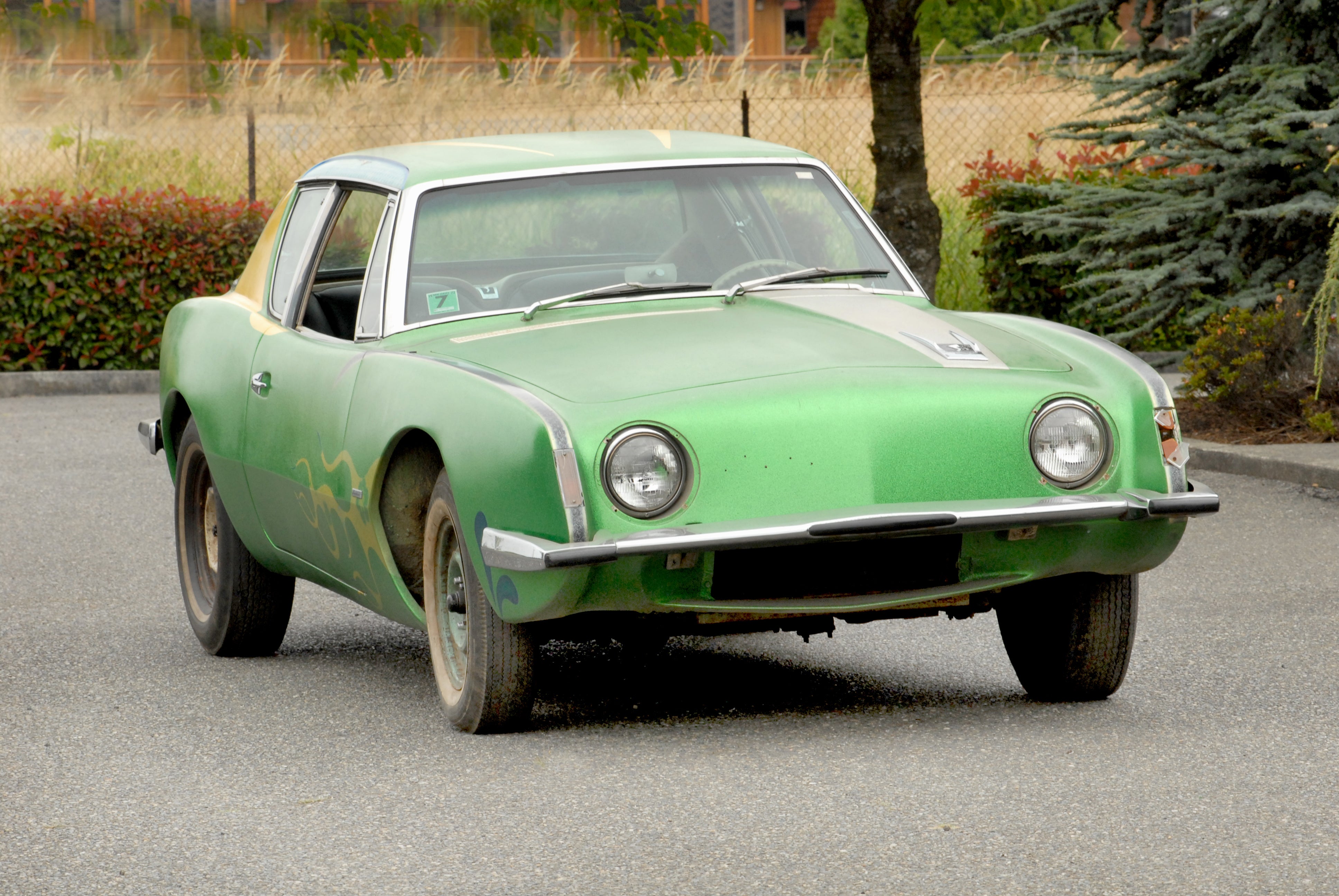 Avanti in Italian means “forward.”  Studebaker President Sherwood Egbert’s vision to fuel company sales was to create a radical new car for the Studebaker line. He tasked famed industrial designer Raymond Loewy to create the design, and the Avanti was born. Loewy’s futuristic design was fabricated in fiberglass over a steel frame, and powered by the top of the line Studebaker 289 R2 Paxton supercharged engine. Paxton President and racing legend Andy Granatelli joined the team to help promote its performance image. It was touted as “America’s Only Four-Passenger Performance Car.” This car is Number 62R 1001 with matching engine R1002, and is the first production Avanti made by the Studebaker Corporation of South Bend, Indiana.

America’s Car Museum obtained Avanti #63R1001 in 2001 through a donation from a local collector. The car had been discovered on the east coast and was brought to Washington State in 1974 by the donor with the intent of restoring the car. The Avanti was need of a complete restoration, having been drastically altered by a former owner.  In 2010, with the help of records obtained from the Studebaker National Museum archives, the chassis and engine numbers were authenticated as the first production Studebaker Avanti, securing the car’s place in automotive history.

In 2011, America’s Car Museum embarked on a journey to raise funds to restore the car. ACM Collections Manager Renée Crist solicited the assistance of James Bell of Bell’s Studebaker Museum in Bellingham, Washington to assist with the project. Together they conducted a thorough assessment of #1001 developing a restoration work plan. With the approval and support of the Museum’s board of directors, and donations from ACM supporters, Studebaker owners and clubs, the restoration was able to begin. Newly restored,  1963 Studebaker Avanti 1001 will be one of the museum’s showcase vehicles, adding this important car’s history to the rich story of American automotive manufacturing, innovation, design and engineering.

ACM is extremely grateful for the generous support of money, parts and time donated to the project by Museum members, the Studebaker Drivers Club and Avanti Owners Association International members. Much of the assembly work being performed on the Avanti has been donated by the members of Studebaker community lead by co-project manager James Bell.  Additional authentication research was provided with the help of Lew Schucart of the Avanti Owners Association International and Editor of Avanti Magazine,  Author and Automotive Historian John Hull, and Andrew Beckman, Author, Archivist and Historian at the Studebaker National Museum.

“1-62R Serial No. 1001” to be allocated for South Bend Technical Training Center.
The memo and accompanying “Authorization of Expenditures” document authorized the use of the first 5 Avanti’s at five technical training centers around the country. The purpose was to “develop shop manuals and present the Avanti Technical Service Training Program to corporate and dealer personnel.”

“¢ 1964: Purchased by Dick Goldfarb and licensed in Massachusetts, sold in 1966
“¢ 1970: William Palmer, Jr of in Cape May, New Jersey purchased the car from Feldman Motors in Revere, Massachusetts
“¢ 1974: The car discovered in Connecticut by Gary Johnson of Avanti Northwest and brought to Tacoma, Washington for the collection of Dr. Daniel Cook
“¢ 2001: The car was donated to LeMay – America’s Car Museum by Daniel and Nancy Cook