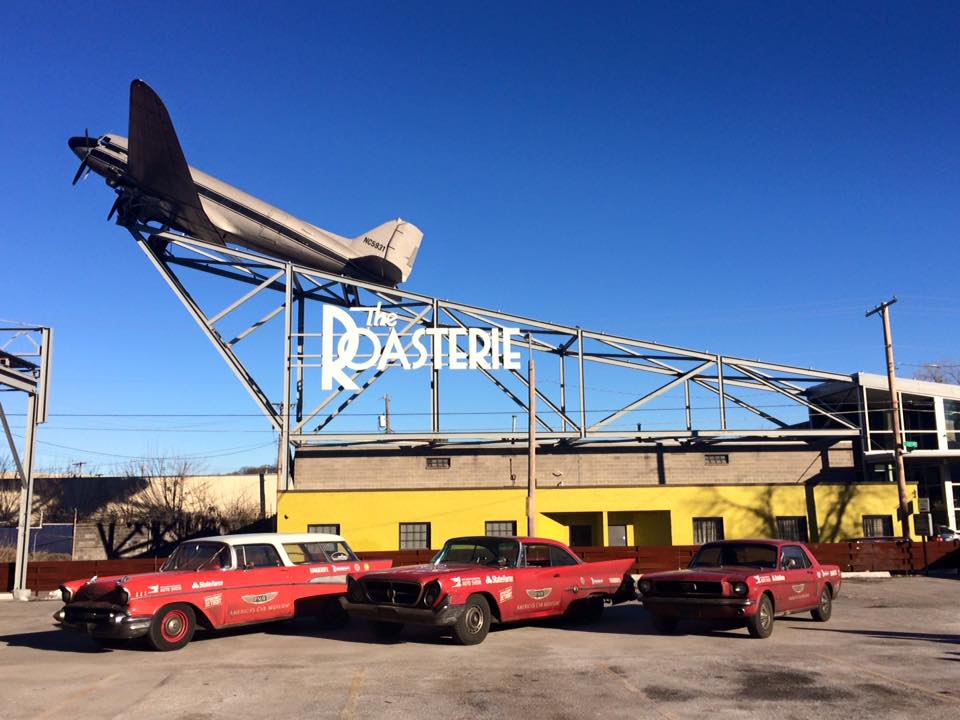 This morning was cold and sunny as we fueled up in Kansas City and headed to The Roasterie a popular coffee haunt downtown.

Again Mark McKee of Ace Cafe and the Kansas City Automotive Museum organized a coffee and cars gathering. Nearly 40 collector cars were driven to the event and close to 90 people participated! After two hours of tire kicking and conversation and remarks by me we began the drive to St. Louis followed out of town by several cars. As before many enthusiasts thanked us for bringing the trip to their home. 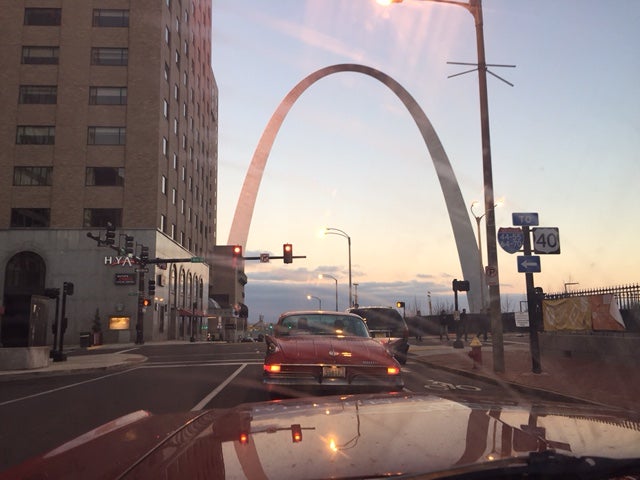 We made a dash for the iconic St. Louis arch catching a few photos just as the sun set. Then headed back west to Hyman Classic Cars for a reception and dinner hosted by Mark Hyman, a successful classic car dealer and friend. About 40 collectors were in attendance in the midst of a beautiful array of cars. I focused our remarks on the Hagerty Education  Program at ACM as there were a number of young people and professional restorers in the audience. Mark was generous in his remarks about the Museum as well.

We are excited as tomorrow we go to State Farm headquarters in Bloomington, Illinois, for a late afternoon event our good friend Tamara Harvell has planned. State Farm –the Presenting Sponsor of ACM once again in 2016 –has now supported the Museum for ten consecutive years! We look forward to celebrating that relationship tomorrow.

The cars were strong today. Like horses headed to a barn they seemed to really want to run today! Fuel mileage remains well above what we expected. The Mustang and Chrysler have yet to need any oil! The Michelin winter tires which served us so well in snow and mountains continued to impress me–winter tires are often loud on dry pavement at high speed. These tires are amazingly quiet!

Only three more driving days and less than seven hundred miles to Detroit!