This morning we left at a more leisurely pace as our first stop was for lunch at the Pontiac-Oakland Museum in Pontiac, Illinois. Shortly after we announced The Drive Home several months ago and invited enthusiasts to join us in cities along the route, Tim Dye, the Director of the Pontiac-Oakland Museum called offering to host us for lunch at his museum. It was yet another offer of assistance 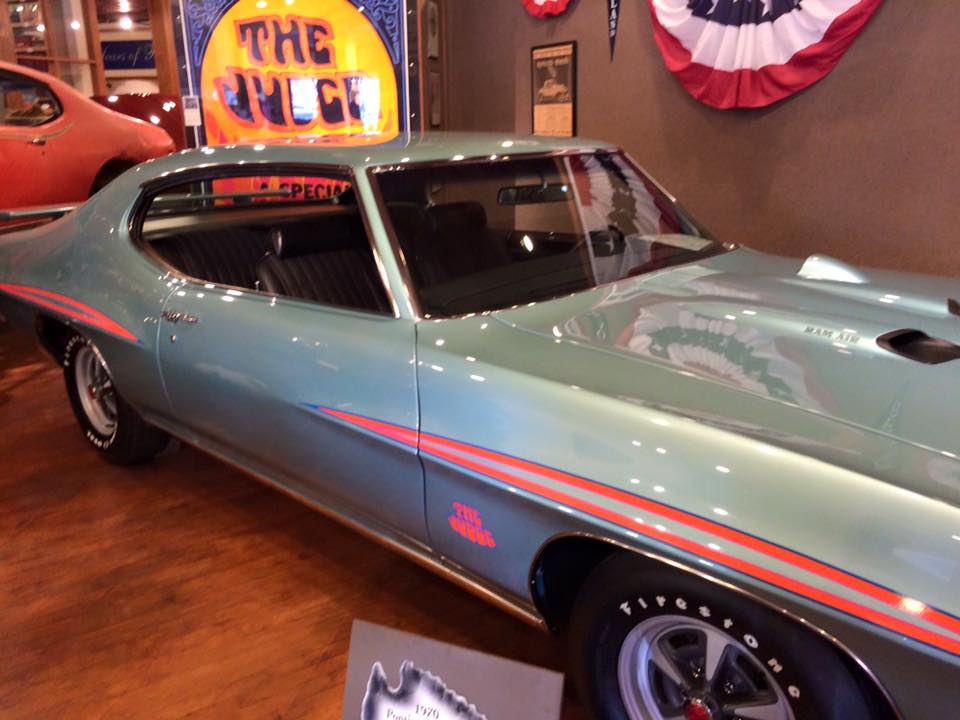 from enthusiasts along the way who have ‘hosted’ us and promoted us in their communities throughout the journey.

What a delightful experience we had! Pontiac is a charming town on Route 66 with gorgeous courthouse, a Route 66 museum, the Pontiac-Oakland Museum and restaurants and businesses developed around the town’s auto heritage as a stop on the historic route. We were met by Tim and his wife, museum board members and volunteers, and two representatives from the tourism bureau–all were proud of their small but dynamic town and greeted us warmly and wanting to show us as much of it as we could see in the 1.5 hours we would be there. When greeted a small crowd of car guys studied the cars closely, looked under the hoods and asked us countless questions about the ACM, the cars and the trip. Again people thanked us for driving the cars and for coming to their community. 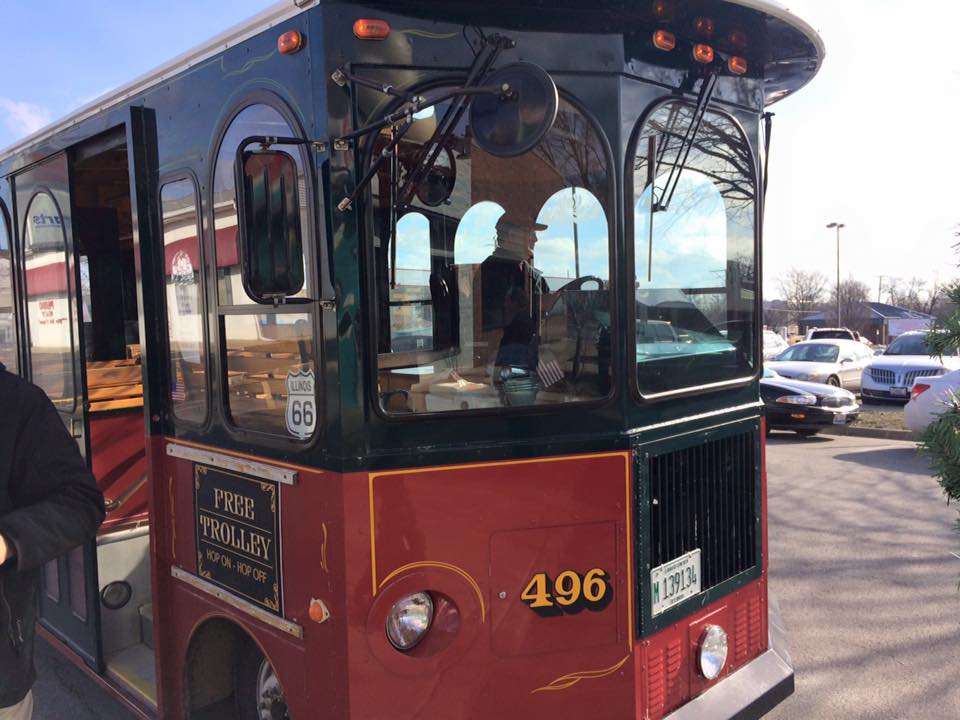 We toured the modestly sized museum focused on the history of Pontiac autos. It was very traditional in nature but extremely well done due to the passion of Tim and Penny Dye and the support given by their community which is thrilled by the museum’s presence in the town. Tim and I were interviewed by the local newspaper and he was very supportive of what we are doing through this trip. We both spoke of the importance of independent museums like our own to preserving our auto heritage. I was impressed by the quality and commitment of this man and community and pleased that our trip would bring media and enthusiast attention to his museum. In fact, a reporter drove from Chicago more than 100 miles to the event and a Mustang collector drove a similar distance to join us even though he will join us again in Chicago area tomorrow. At the conclusion of our visit they piled us in the town ‘trolley’ and drove us to an auto themed diner with ‘down home’ food– I enjoyed homemade chicken pot pie. Shortly thereafter we began the trip to Chicago having made new friends.

The drive was uneventful and we beat rush hour traffic and arrived at the newly opened Collectors’ Car Garage. The CCG is a car ‘country club’ founded by former ACM Board member Burt Richmond. It is huge facility 60,000 square feet of space — and first class in every respect. 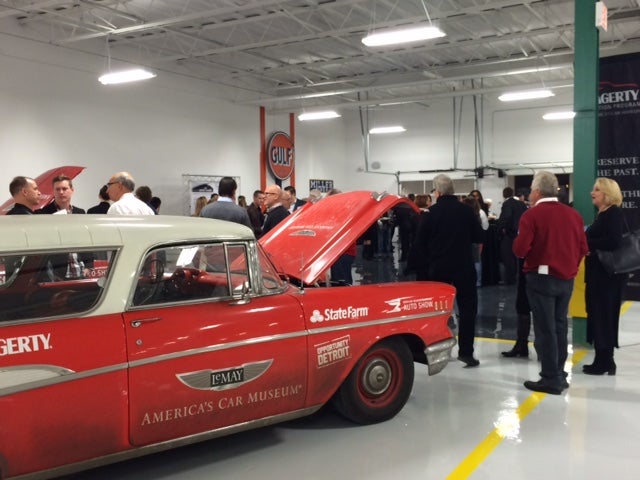 We had an excellent program organized by Diane Fitzgerald the national director of the Hagerty Education Program at ACM. The program was well received by the some 80 guests who were very affirmative of our mission and The Drive Home. Several Hagerty representatives were present and very helpful in explaining HEP and purposes for us to many guests. A number of persons indicated they will be bringing their cars to the ‘Caffeine and Gasoline’ event sponsored by Shell tomorrow morning at one of their major stations in Schaumburg. A number of media who joined us earlier promised to turn out tomorrow and AutoWeek is sending a reporter with us to report on our final drive to Birmingham, Michigan, tomorrow night.

It was a terrific day in every respect! Tomorrow on to Michigan!