It was a beautiful sunny day in Boston as our team gathered to prepare for the launch of The Drive Home II at the Marriott on Long Wharf in the historic center of the city. Given the holidays the historic Quincy Market was filled with visitors enjoying the shops and great food vendors. At the same time, the typically crazy auto traffic was light so the stage was set to bring the cars out.

Derek Klein, our photographer, Bill Hall author of our daily blogs and writing for Hemmings, and I strolled through the cobblestone streets to one of my favorite restaurants Ye Olde Union Oyster House – the oldest continuously operating restaurant in America since 1826. We were fortunate to grab seats at the small horseshoe shaped oyster bar where we ordered a beer, a dozen Harwich oysters, bowls of ‘chowdah’, etc. I also slurped down my favorite – steamers dipped in drawn butter. 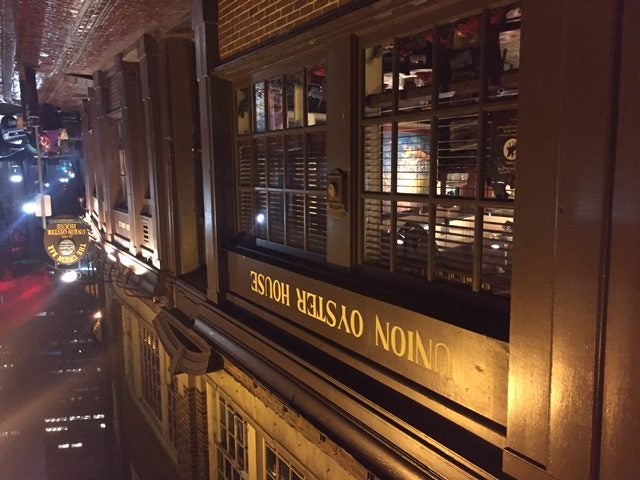 Like any great oyster bars the two men shucking were characters who engaged in good natured banter with us and the others at the bar. We left gorged but happy and as we walked in the crisp air decided it was time to get the cars out for this year’s ‘Heritage Run’. In the hotel lot we and Dale Wickell, ACM’s great mechanic and all-around good guy backed the 1917 Crane Simplex out of the trailer. Dale, the museum volunteer crew, and ACM Collections Manager Renee Crist had worked hard on the Simplex this year, even removing and rebuilding the engine. This beautiful car, owned new by John D. Rockefeller, is gorgeous and started beautifully. As a 1917 model it’s the perfect car to celebrate 100 years of America’s automotive heritage and to take to the 2017 North American International Auto Show!

The whole team piled in the open car as I drove it into historic Boston. This included Valerie O’Shea, who will once again pilot the Nomad and handle logistics, and Ashley Bice who drives the ‘advance’ SUV and handles media and promotion. We drove to Faneuil Hall built in 1742 and a public meeting place ever since. Known as ‘The Cradle of Liberty’ for the Stamp and Tea Acts were hotly discussed there as was independence from Great Britain by ‘The Sons of Liberty’ and others. From there we drove through Quincy Market, past the Union Oyster House and then on into the narrow streets of the North End – Boston’s Little Italy full of great restaurants, delis and cafes for great Italian coffee.

We drove the massive car through tight turns and narrow alleys until we found Old North Church – one of the oldest and most beautiful Episcopal Churches in America. Old North is of course where the lights of liberty first shone in the lanterns hung to warn of British troops coming ashore from their warships to march on Concord and Lexington to seize munitions held by the patriots. It was of course the signal which sent Revere and Dawes on their midnight ride made famous by Henry Wadsworth Longfellow and leading to the rout of the British by the Yankee militia. We paused for photos at the church the perfect place for the start of the heritage run.

The car ran beautifully and I cannot wait till tomorrow when it will run the famous Ocean Drive by the magnificent Newport mansions where Vanderbilt, Rockefellers, Herreshoff’s and other American ‘barons’ once dwelt in luxury. Who knows? It probably drove there 100 years ago –a homecoming of its own.

We were joined by one more team member tonight, Rock Jenkins, Steering Committee member and State Farm executive who will drive the Mustang when I am not on the trip. We wheeled the Nomad, 300G and Mustang out of the hotel and drove to one of my favorite haunts from my teenage and college years–the humble, No Name Restaurant at 15 1/2 Fish Pier. My buddies and I would drive an hour each way to order fried clams ‘with bellies’ and beer engaging with fishermen, truckers and the like. Fish Pier as its name suggests, is where the fishing boats have unloaded cod, haddock, flounder, clams, oysters and lobsters for two hundred years. In South Boston, the industrial part of the city, the area around the pier is now increasingly a tourist area with museums, theatres, condos and shops but places like the NoName still exist. I Was delighted to talk with Jimmy, the manager, whose Greek family founded and still operates it after 99 years. 1917 is its 100th anniversary – seems fated that our first night should be there.

We had put word out on social media that we would be there with the cars on the eve of our Drive Home. It’s an out of way place and holiday week and I didn’t expect anyone to greet us tonight. I was wrong. One family had driven from New Hampshire and met relatives who had come in from Massachusetts west of Boston. Another Boston family also appeared. All were thrilled to see the cars and learn about the The Drive Home and the Museum. One retired mechanic now 76 years old proudly told us of his work in a garage with a young mechanic named Jay Leno. Jay of course grew up here. His grandson was with him and was thrilled to sit in the cars. As we talked with the group conversation easily turned to our purpose of promoting America’s automotive heritage through America’s Automotive Trust, America’s Car Museum and the RPM Foundation and how are partnership with the North American International Auto Show is dramatically promoting that heritage. 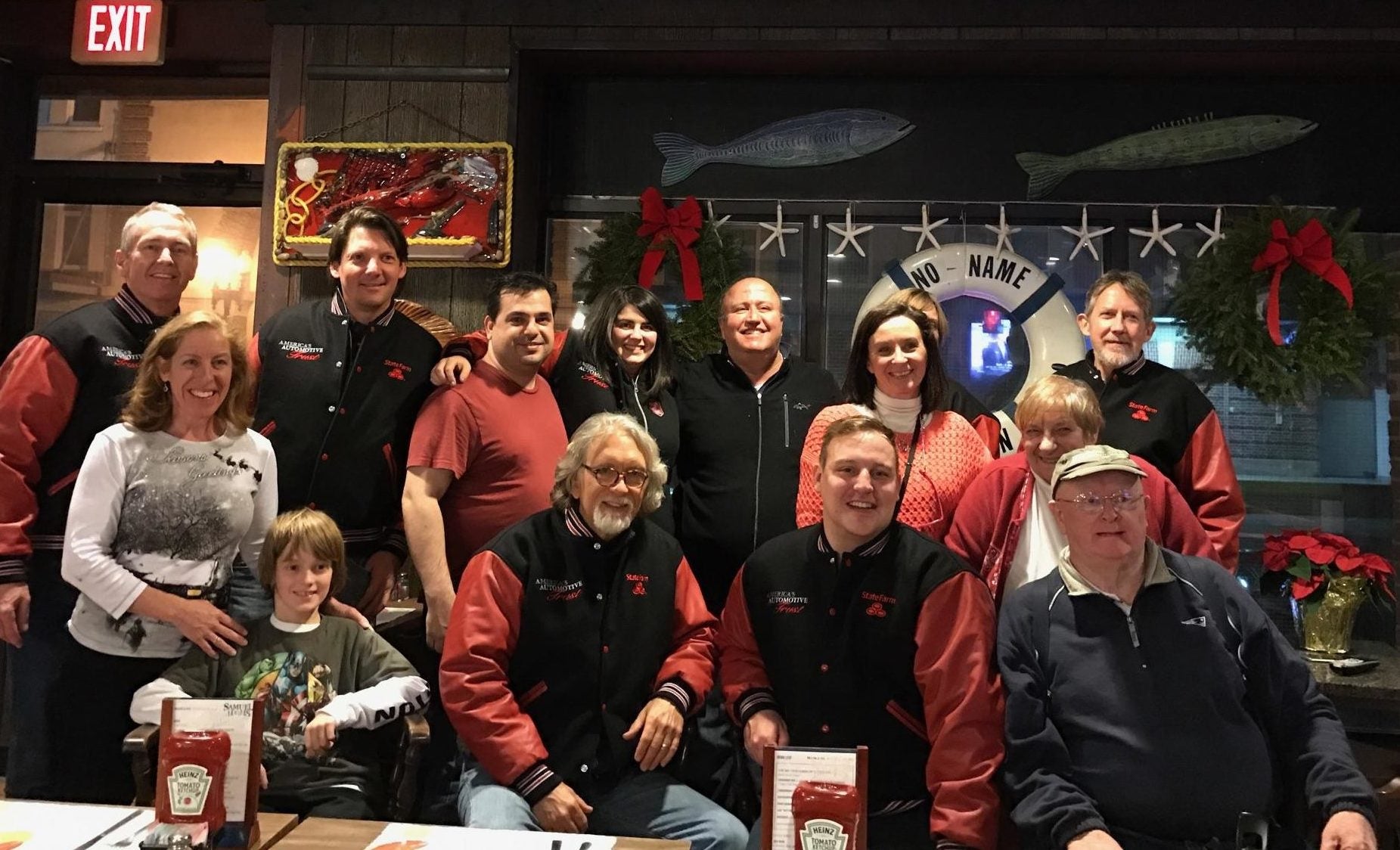 While the group that joined us tonight was small, during our first hour there over 600 persons had followed our first event of the Drive Home II on Facebook.

We’re off to a good start. Detroit, we’re on our way home!