Through the Lens: Counting the Votes 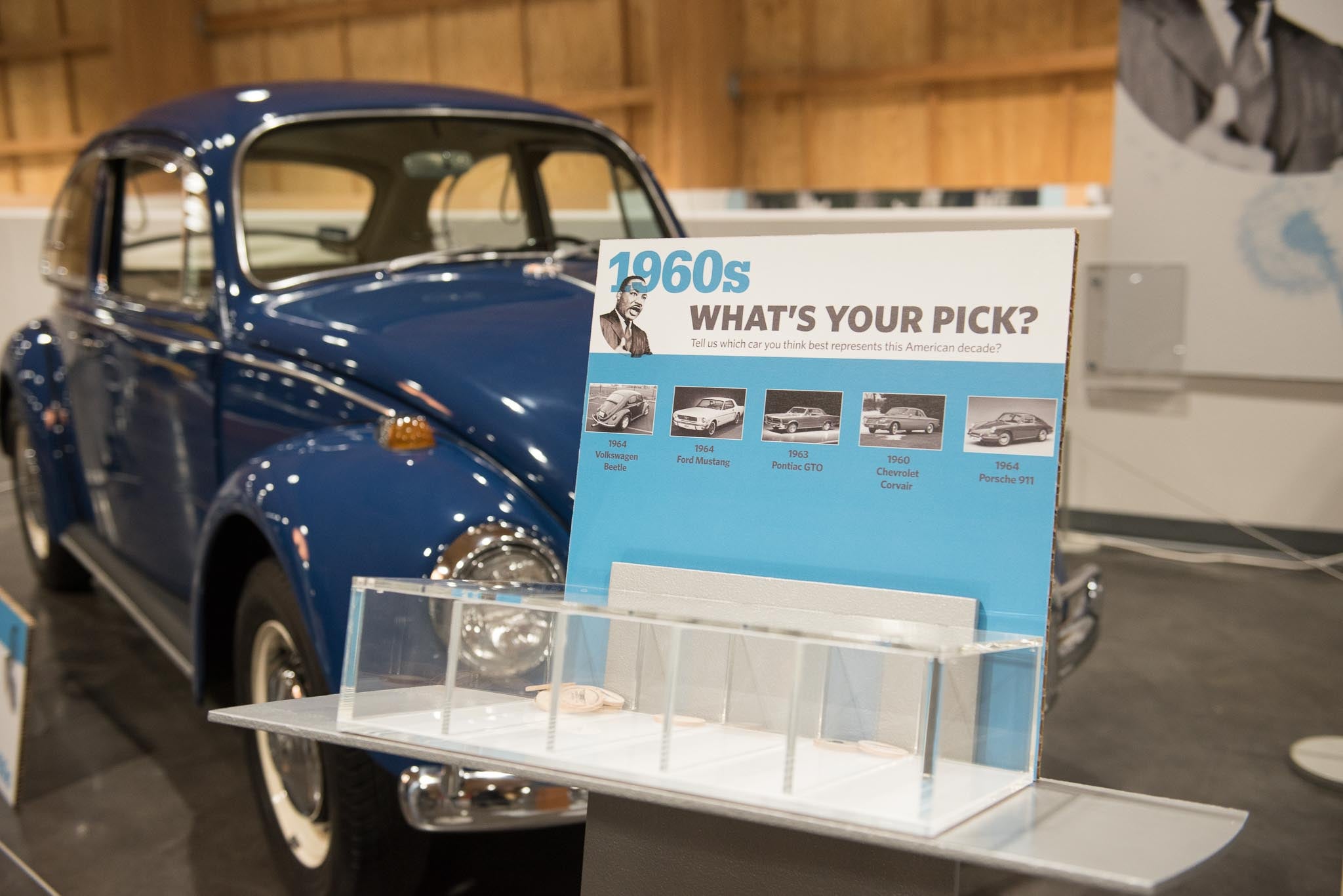 Our approach to bringing the idea to life was to create a summary of the decades 1910-2010 and present an automobile that was, arguably, a product that best defined that period. Some choices were simple, like the Willys MB US Army Jeep (41-45) and others, not so easy. 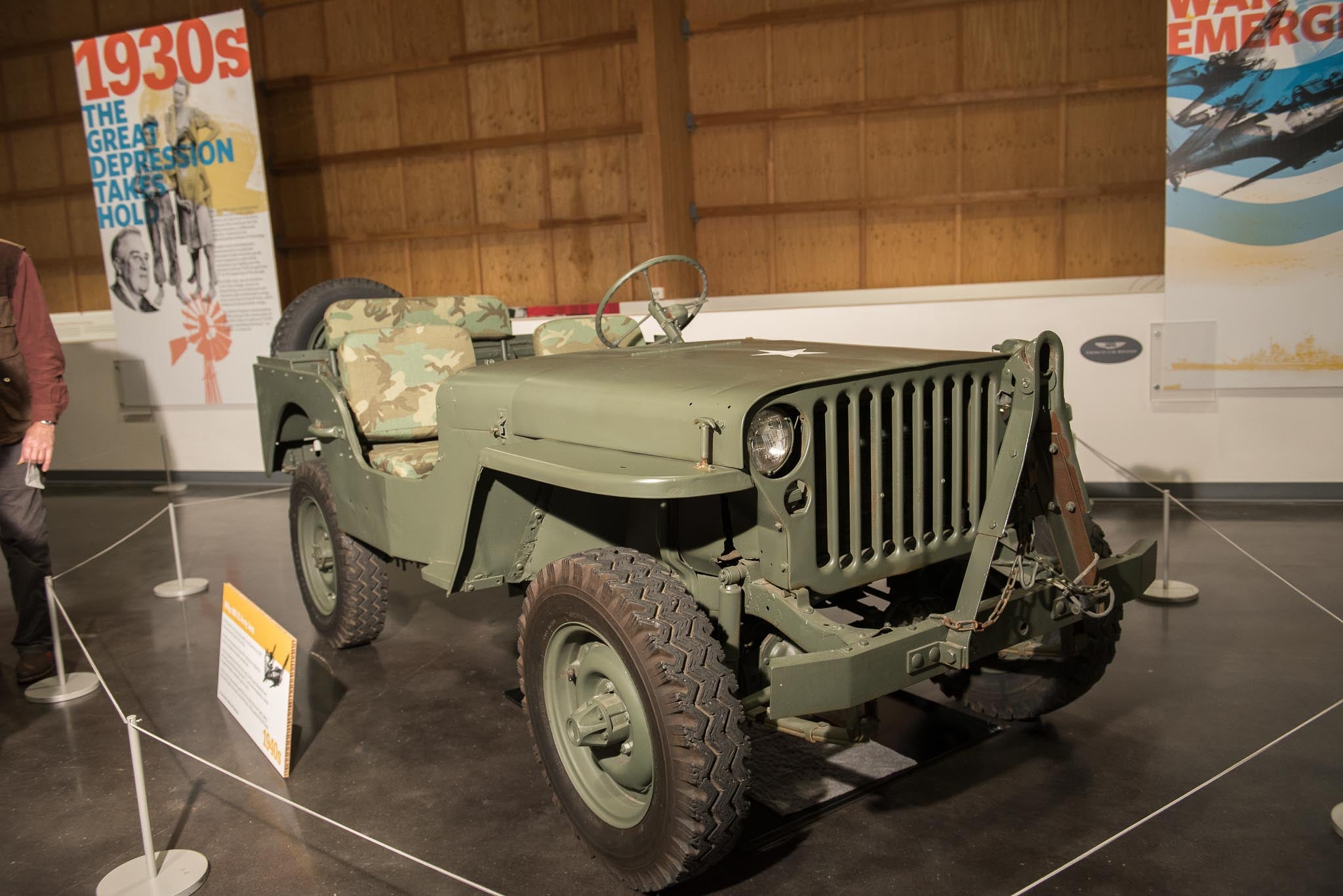 For example, selecting a single car for the 1960’s was daunting. How do you decide which car best represents that period? Is it the VW Beetle, the Mustang or the GTO? All were iconic of their generation, yet different vehicles appeal to different individuals. So what was the solution? We created a mechanism for Museum guests to vote for which they believe most reflects the time period.

Given their recent familiarity, we decided to focus on post-war cars for the voting, providing five options for each of decades 1950 – 2010, all arguably a product of their generation. 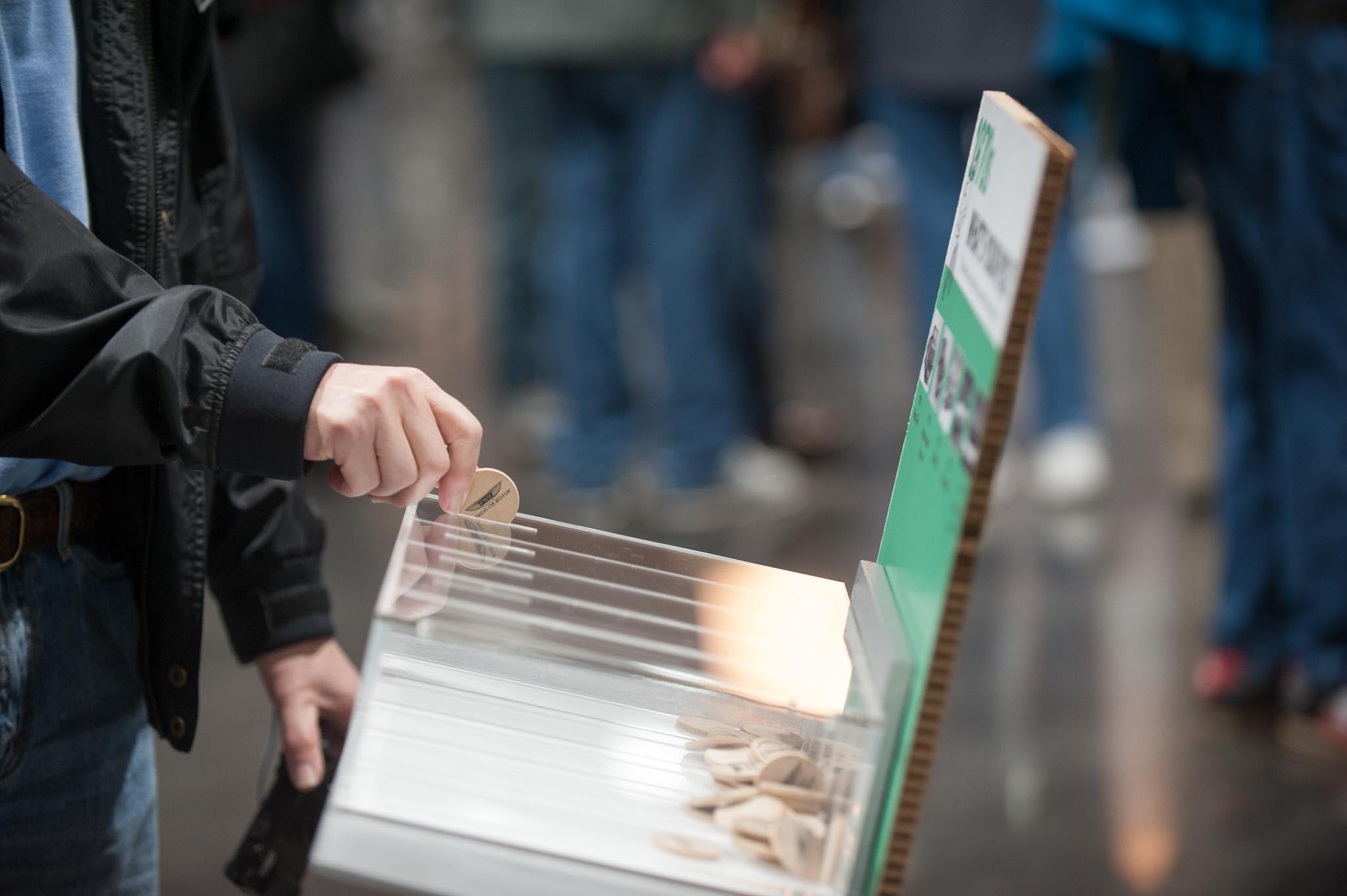 Our visitors cast an impressive 21,000 votes in the first month. What’s emerging has been interesting. For example, in voting for the 1960’s the Mustang and Beetle are a statistical tie.

Other results include the 1957 Bel Air getting twice the votes of the second choice, the 1953 Corvette. The Trans Am dominated the 1970’s by such a large margin we plan to add the car to the exhibit. The Dodge Caravan and DeLorean are in a statistical tie for the 1980’s as are the Mercedes 500SL and Ford Expedition in the 1990’s. 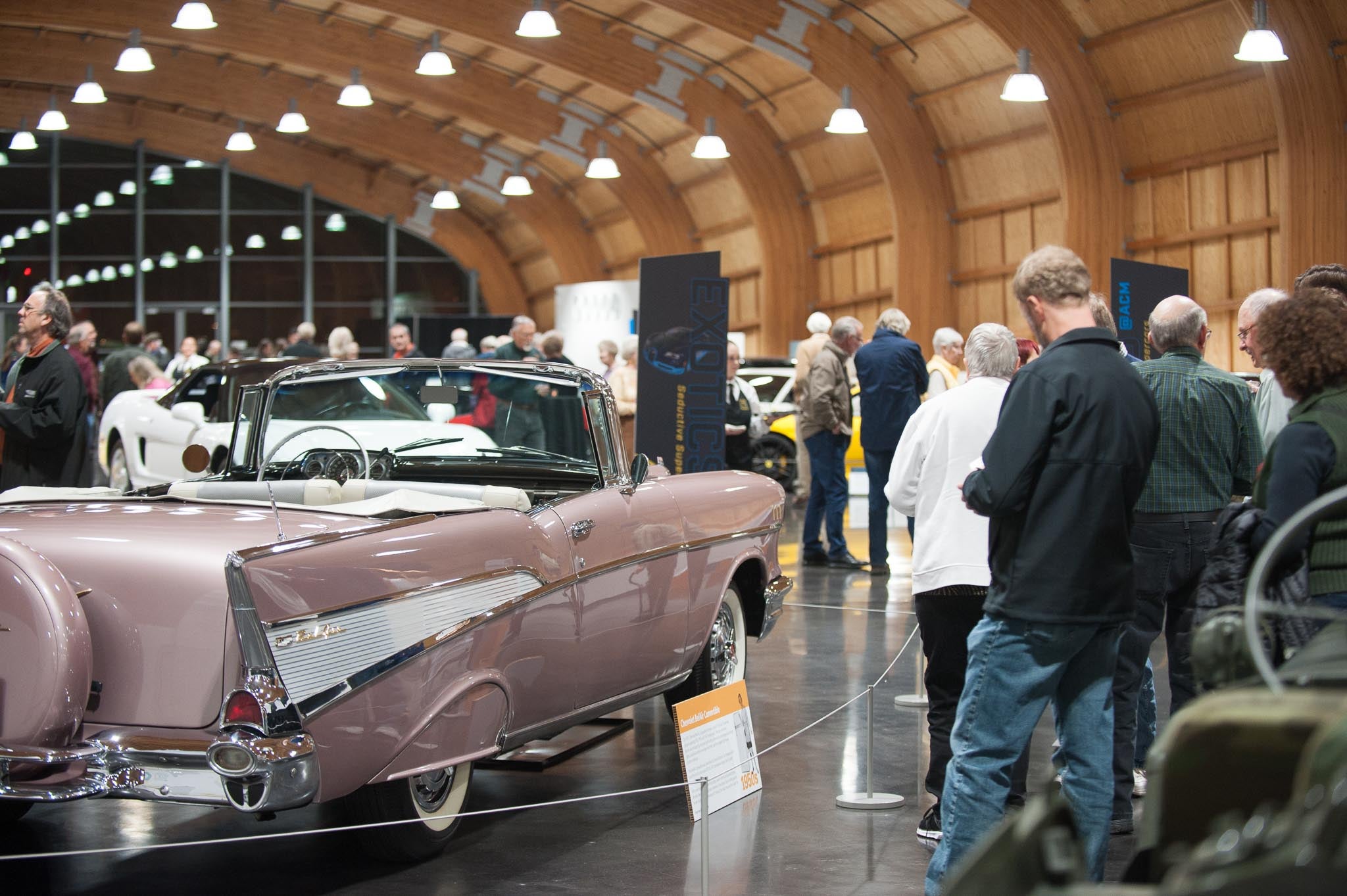 And the 2000’s the Toyota Prius is top of the table over favorites like the Corvette ZR 1 and Mini Cooper. Our hope was guests would not necessarily vote for their favorite, or even the most popular and the results indicate that’s what’s happening.

It’s still early in the voting, with only a month passed since the opening, and eleven ahead. The numbers will change and likely the cars along with them. It should be interesting. 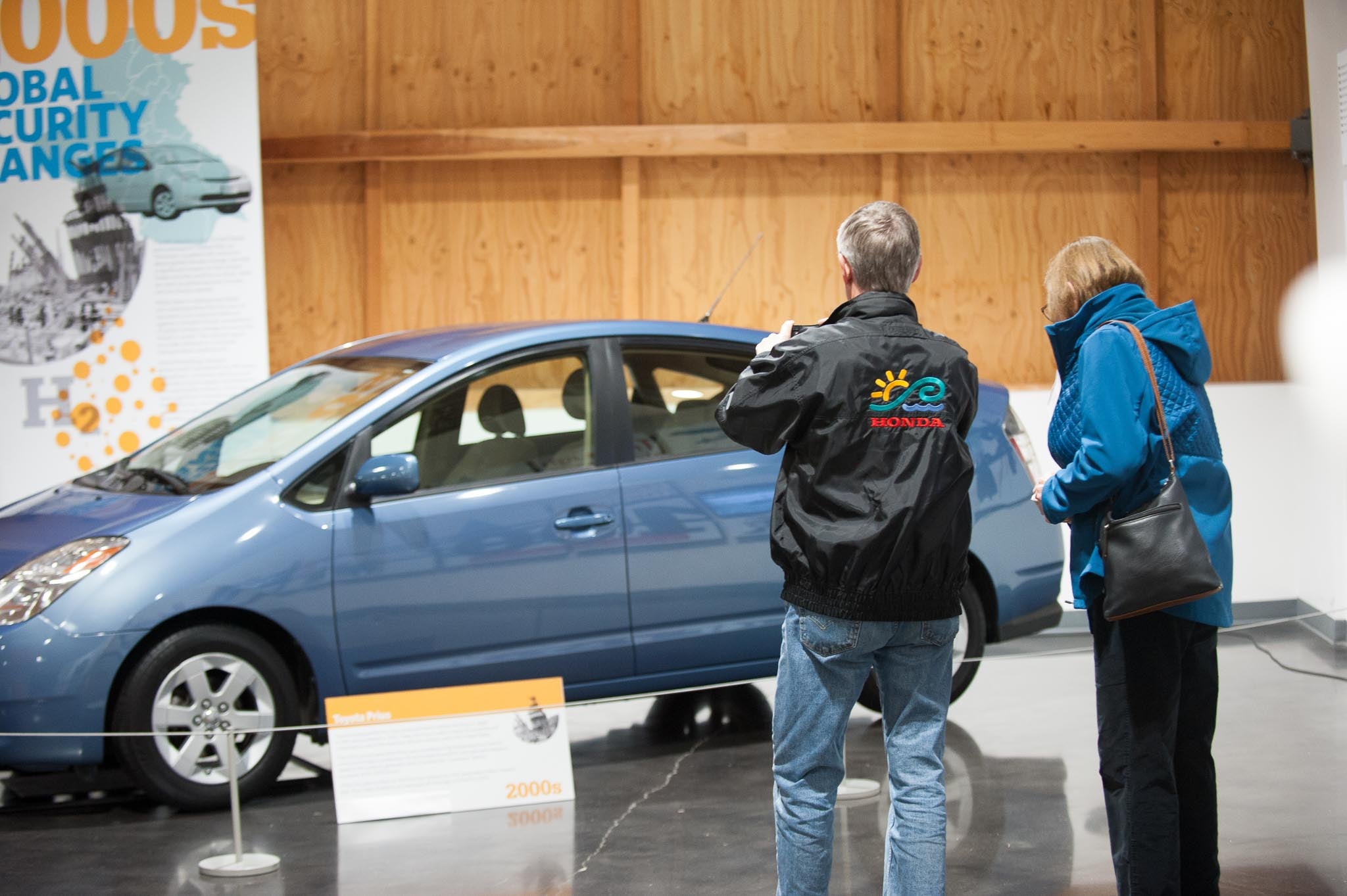 If you can’t make it to the Museum, you can always participate in the weekly voting on our Facebook page. Voting occurs each Friday, with results posted on Monday.

While the author of the maxim “Vote Early and Often” is credited to both Al Capone and Richard Daley, the thought remains. Visit and vote for which cars you believe defined an American Century.