By Steve Hedke, who will be representing LeMay – America’s Car Museum with his wife Janet and their daughter Allison in the Great Race

Official start this morning on Mission Inn Ave in Riverside! The entire street was filled for blocks with Great Race cars and hundreds of spectators for a couple of hours, then the ceremony kicked off with a color guard, the National Anthem, and then the green flag dropped for each team. Thanks to friends from work and our Studebaker and Triumph car clubs who came to see us off. It means so much to us to see you there!

After an hour-long speedometer calibration on the freeway and before we were even officially on the clock we were treated to lunch at the Route 66 Museum in Victorville. Then for the next two and a half hours we rallied through a succession of mazes – multiple turns within a residential area at low speeds, often seeing other race cars in the vicinity going in other directions. Great fun but you have to stay focused as one wrong turn can ruin an otherwise great day.

A quick trip up into the hills above Lancaster for some mountain driving and it was into town for a great reception on The Boulevard. We were provided with “Boulevard Bucks” we could spend on dinner and treats at our choice of a couple dozen locations, then off to the hotels. 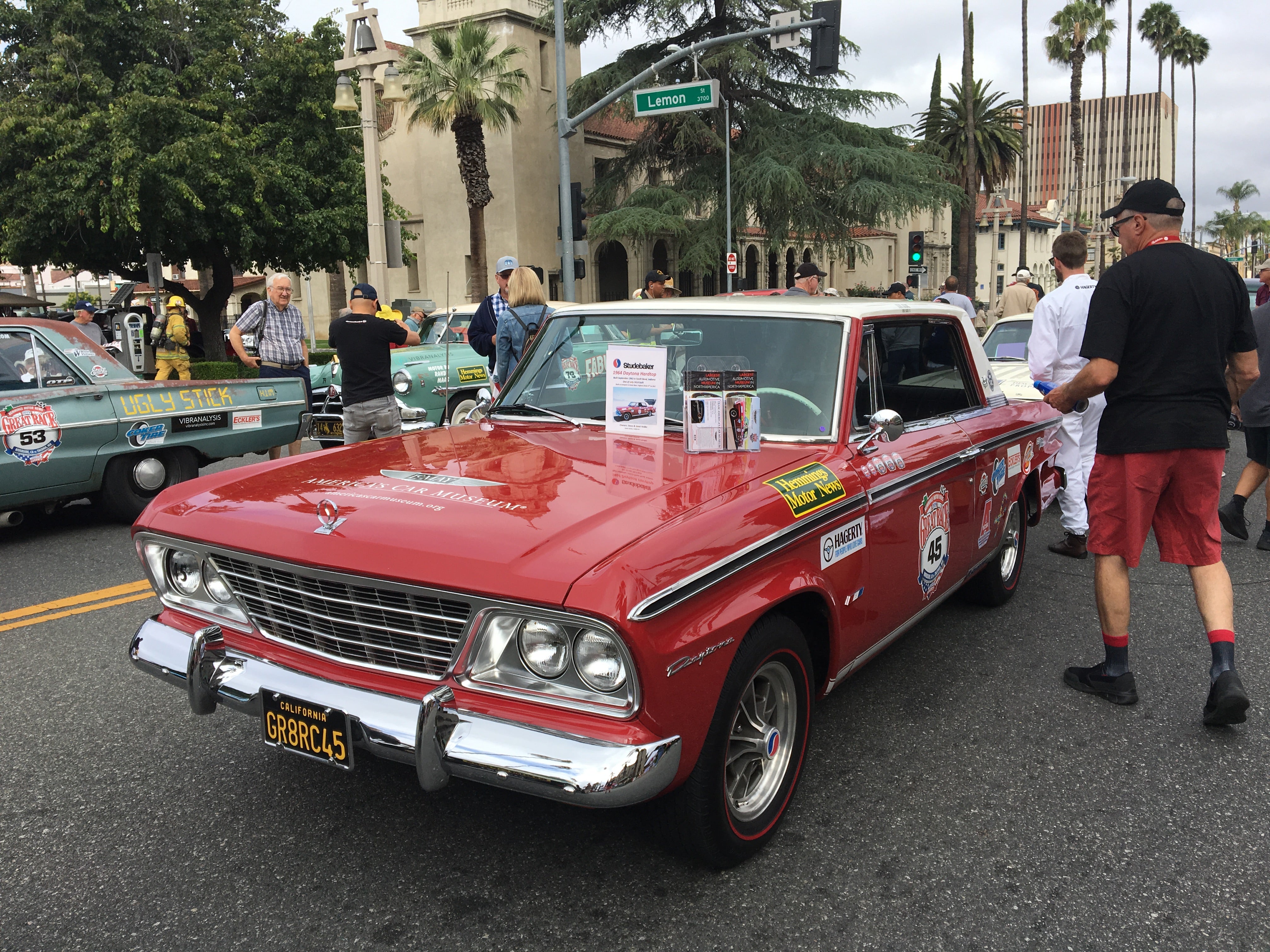 There were five legs today and we had excellent scores for four of them, including two ACEs. Then there was a mystery score of 16 seconds late on Leg 4. We thought we’d executed everything perfectly but sometimes there’s no logical explanation. Thankfully the way Great Race works is that there are a certain number of leg scores dropped from your total, based on your division. So we will be able to drop our four worst legs. Hopefully that will be the worst but you never know what’s coming the next day.

Tomorrow will be a long day, with an early morning start, all the way to Gardnerville, NV with a lunch stop in Bishop. Another adventure awaits!