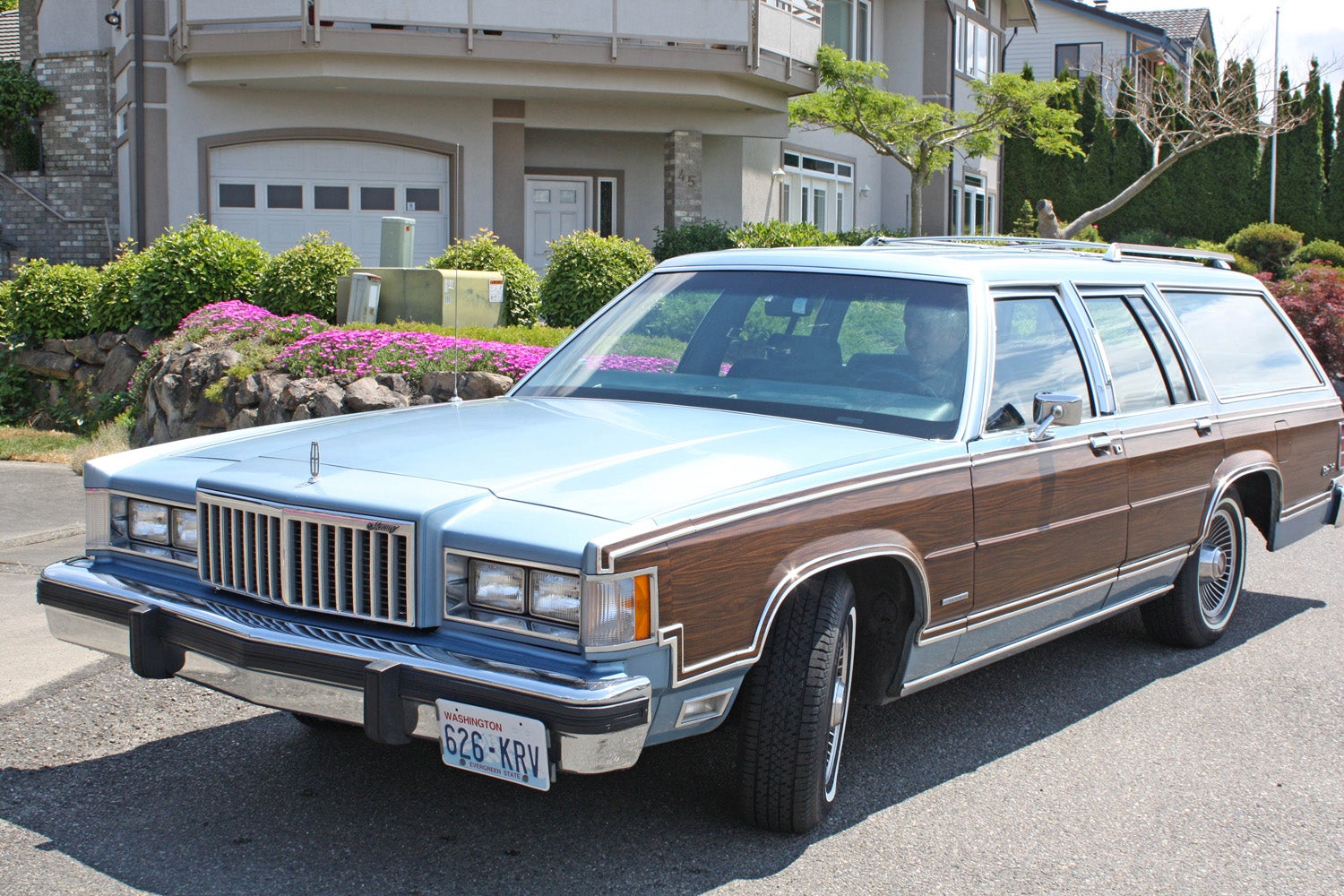 Introduced by Mercury in 1957, the top-of-the-line Colony Park Wagon came equipped with simulated wood siding, a consistent feature through the end of the model line in 1991. Sixth generation (1979-1991) Mercury wagons were downsized and lightened as a result of the 1973-74 oil crisis and development of tighter fuel economy standards. The Colony Park models later joined the Mercury’s Marquis model line. Then in 1984, the Mercury Grand Marquis series wagon was discontinued, leaving the Colony Park as Mercury’s only full-size wagon. Consumer preferences began shifting sales away from station wagons in favor of new designs in family minivans and more versatile sport utility vehicles, and by 1991 the Mercury wagon was discontinued. Ford Motor Company closed its Mercury Division in 2011 to focus on the Ford and Lincoln brands.

This Grand Marquis Wagon was purchased new in April of 1983 for $15,505 from Bill Gill Lincoln-Mercury Dealership in Tacoma, Washington by Doctor Robert and Mrs. Lorna Burt. It is a meticulously maintained, unrestored original wagon fitted with every available contemporary luxury option offered by Mercury at the time. The car is powered by a Fuel Injected 5L Windsor V8, 302 cubic inch, 130 horsepower and 4 speed Automatic transmission.

The spacious cargo area features bench seats which fold up and out, seating additional passengers facing each other on the bench seats. The tailgate is also an interesting mechanical innovation for the day- a magic two-stage operation that opens horizontally like a standard car door, as well as offering a traditional fold down flat, tail-gate style opening.

Dr. Burt entered military service as surgeon and obtained the rank of Captain in the Army Medical Corps. He later served on the staff of Tacoma General Hospital, as well as staffs of Saint Joseph, Doctor’s and Mary Bridge Hospitals. Mrs. Burt graduated from Pacific Lutheran University in Tacoma. A former elementary school teacher, she raised three children and loves being a grandmother to their grandchildren. Both Mr. and Mrs. Burt were avid golfers and travelled around the United States in the Marquis competing in golf tournaments. Mrs. Burt liked the fact that their golf clubs fit perfectly in the back; it was one of the many featured they liked about the car.

Dr. Burt regularly took all his grandchildren out for rides in the Mercury Wagon. All of the Burt grandchildren remember when they would ask grandpa where they were going, he would always reply “Oh, let’s just see where the car will take us.” The car almost always found its way to the local ice cream parlor.