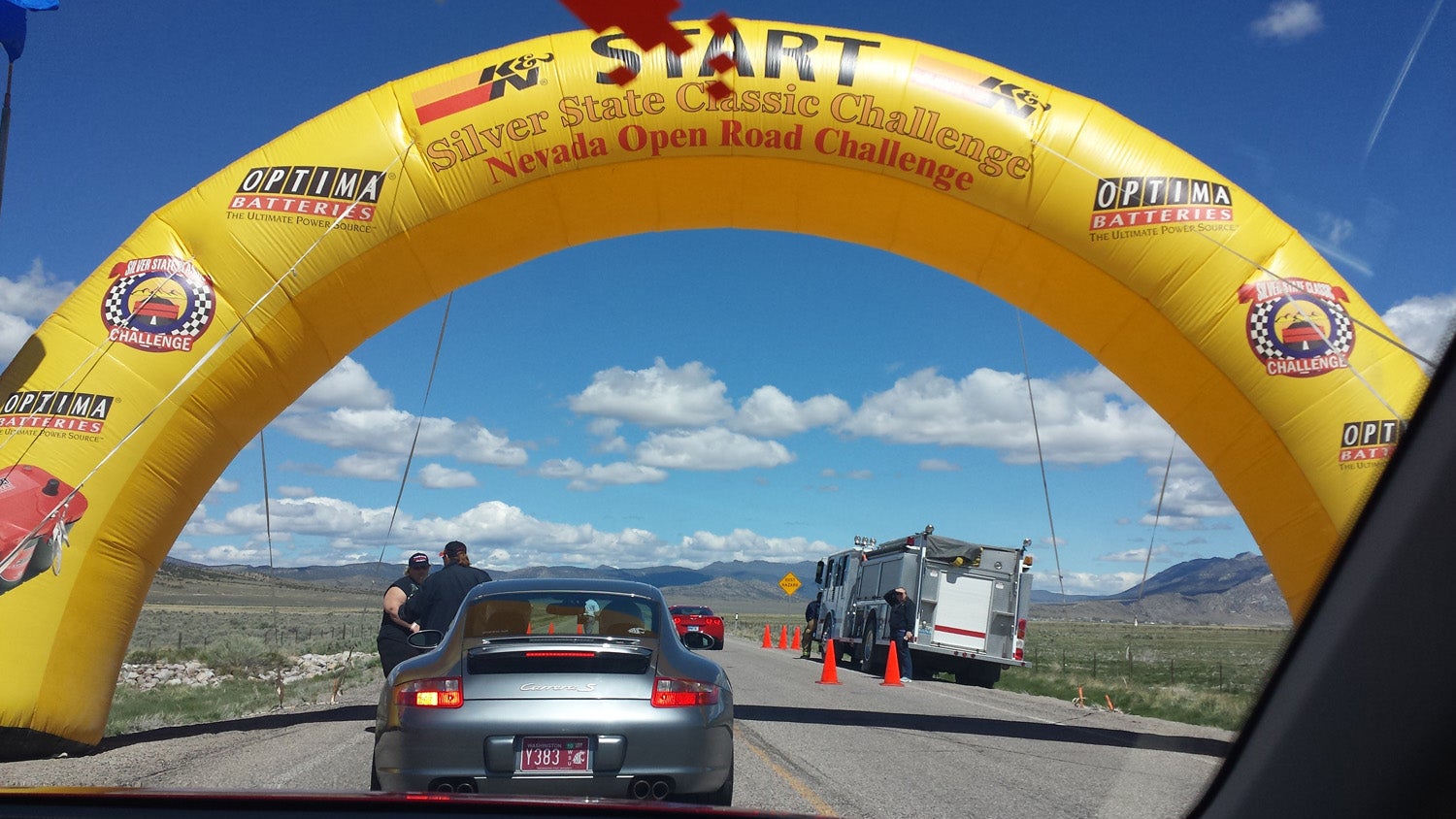 Do you like to drive fast””well, up to legal speeds, but you wish you could go faster? Or perhaps you go to track days, but you wish they lasted longer than 20 minutes? If you dream of driving on a paved public highway at 100+ mph, you could go all the way to Europe to cruise on the autobahn; but an alternative is just 900 miles away in Ely, Nevada, twice a year.

Anyone can go to a local drag strip such as Pacific Raceways for a ¼ mile run, but what speed could you reach if you had ½ mile? What about a banzai run flat out for 1 full mile? You can do that in Ely, too.

On May 18 – 21, 2017, my daughter Megan (the navigator) and I (the driver) competed in the Nevada Open Road Challenge (NORC) in a 2014 Lexus IS350. We did the standing start ½ mile “shootout” and the main event, which is a time-speed-distance rally that takes place on Nevada Highway 318 between Lund and Hiko. In the rally, the distance is fixed at 90.0 miles; you pick your speed, which then fixes your time. We chose an average speed of 100 mph, which set our ideal time at 54.0000 minutes to cover the 90 miles. Precision is crucial: the race is commonly won””and trophy places determined by””mere thousandths of seconds.

Beyond the thrill of driving fast, this is an Ely community festival and a tourism draw. Blue, one of the rally organizers, addressed the competitors at the driver meeting the night before the race. He reminded us: “You think that this race is all about you, but it is not. It is about this community, too. We have fun here, we enjoy their hospitality, but they gain economically, now and throughout the year, as tourists visit after finding Ely as a result of your race and the publicity it generates.” The community has enthusiastically supported the rally and the participants since 1989, the first year of the competition.

In addition to the Friday morning shootout and the Sunday rally, there was a Friday afternoon parade. All the competitors’ cars pass through town while they throw candy from their vehicles. For the locals, it is like another Halloween. Ely children are often invited to ride along in competitors’ cars. We gave a ride to a kindergartener and his grandmother, who was a course worker for the rally. 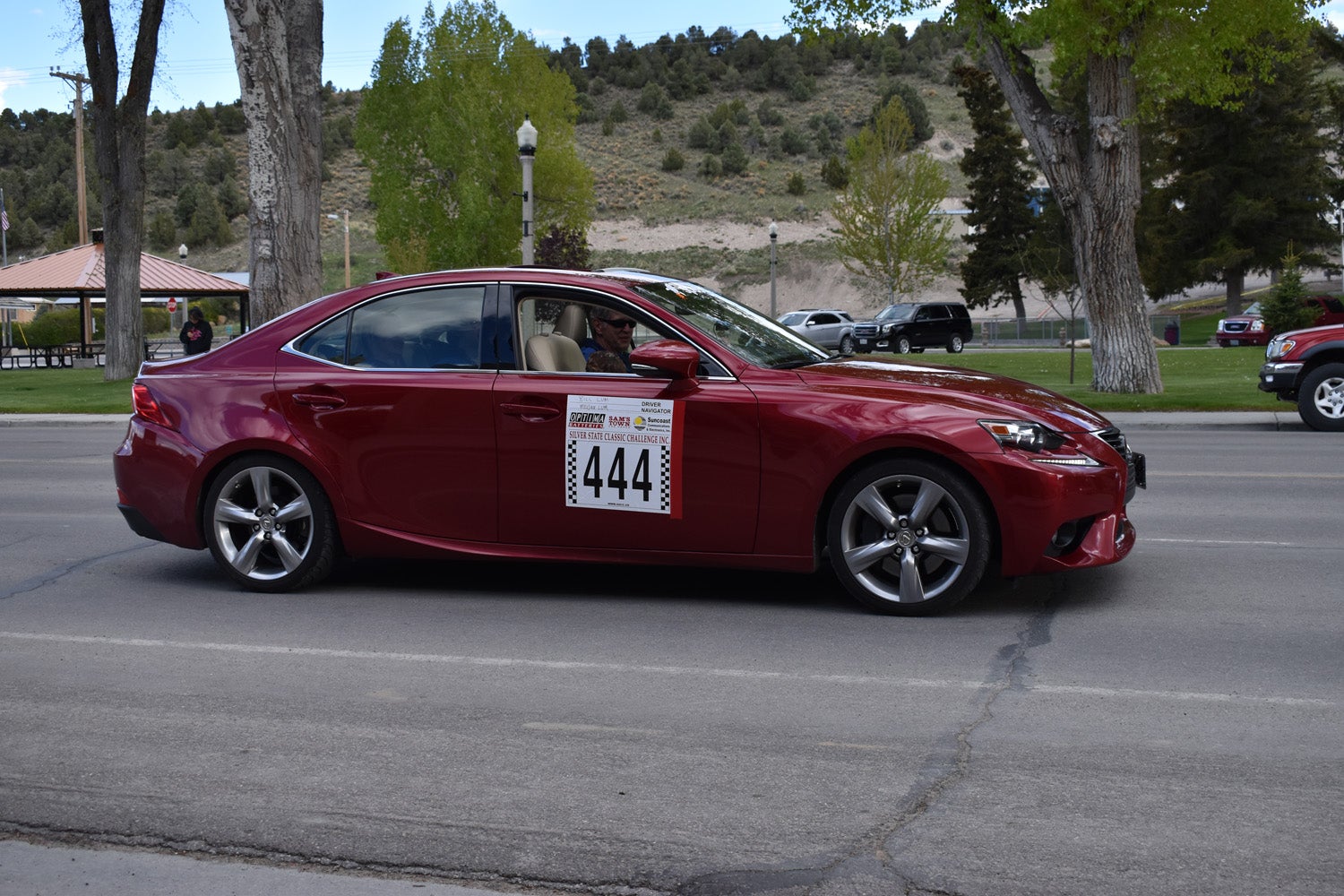 The Saturday morning car show was required for competitors, but it was also open to anyone who was interested. Cars are prepped, polished, and displayed in an athletic field near downtown Ely. A few locals showed their cars and trucks, and several people drove up from Las Vegas (242 miles south of Ely) for the show. The car parked next to us was a beautiful 1967 Mustang. The owner, a former competitor in the rally, was one of those who drove to Ely for the show. Hundreds of people looked and talked cars for hours.

There were receptions for competitors and course workers on Thursday and Friday in the early evenings. Nothing goes very late because the next morning, you must be sharp for the day’s activities.

To wrap up the long weekend, on Sunday night there was an awards banquet at Sam’s Town Casino (a sponsor) in Las Vegas and a no-host dinner at the Hotel Nevada (also a sponsor) in Ely for those not traveling to Las Vegas.

The ½-mile and 1-mile shootouts were held on a straight and level section of Nevada Highway 490. I nicknamed the road, which ends at a state prison, “the fastest road to prison” in Nevada.

Competitors lined up under a yellow inflatable archway and were sent out one at a time, with the ½-milers first. We had the chance to do three runs; the second seemed to be the fastest, with our top speed clocked at 107.1 mph at the ½-mile mark. Depending on whether you did the ½ mile or 1 mile, there was a 1½ mile or a 1 mile runoff area to slow down before you brake and park to await your next run.

Mark Capener competed in the 1-mile shootout in a Lamborghini. His car was modified with twin turbos to about 1,000 horsepower. The Gallardo was the fastest competitor in the shootout, with a top speed of 214 mph.

Stay tuned for Part Two next week, where I’ll share the excitement of Rally Day!