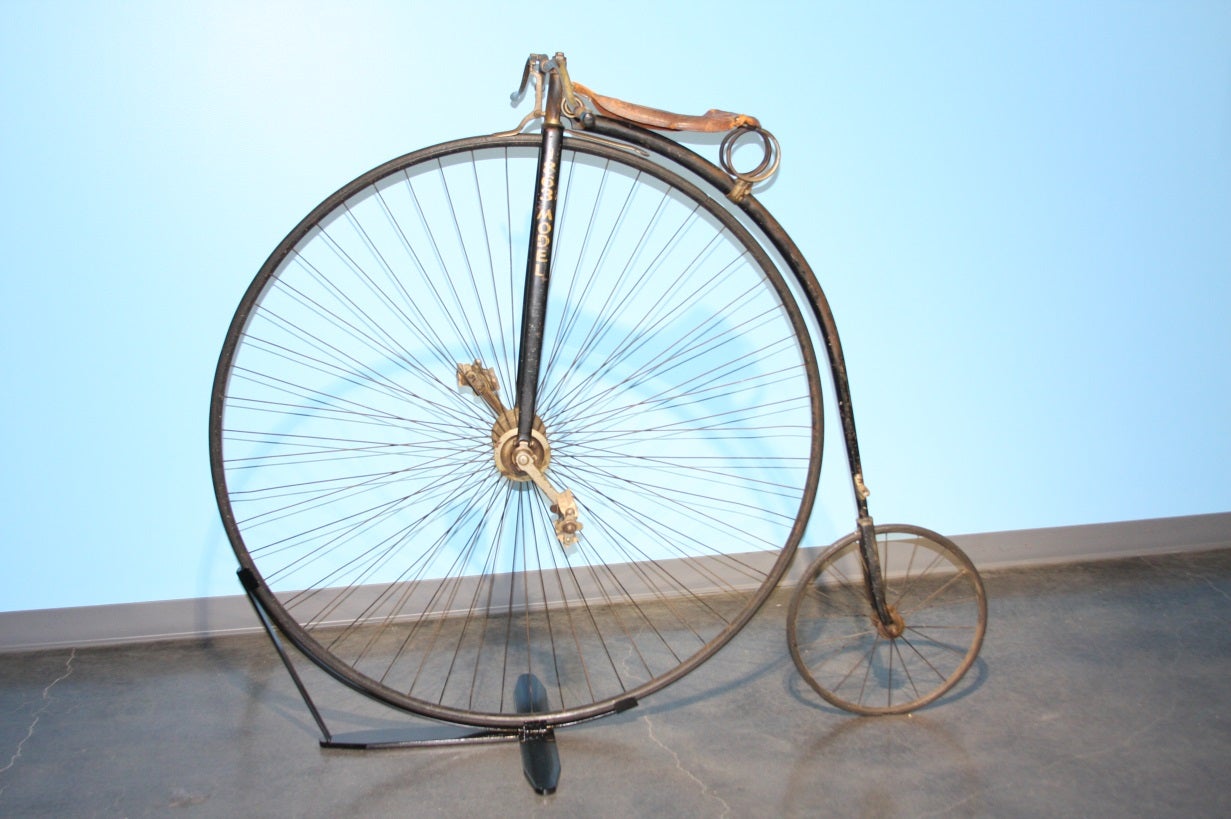 In the mid-to-late 1800s, bicycles and bicycling became a national passion. Bicycles offered a freedom to travel to both men and women. They could go where they wanted to go, and when, without the bother of saddling a horse and/or hooking him up to a wagon. In addition, people found bicycles fun to ride.

Early bicycles were made entirely of wood and weren’t much more than a solid wooden beam connecting two wheels, the front one being steerable, with a saddle-like seat in between for the rider. There were no pedals, the rider sat and paddled along while straddling this device.

Later mid-century bicycles mounted a pedal crank mechanism directly to the front wheel which was a huge improvement. However the ride wasn’t much better and became known as “bone crushers” as they were made entirely of wood, later steel. The roads of the day were cobblestone or rough dirt, making this a really uncomfortable ride. 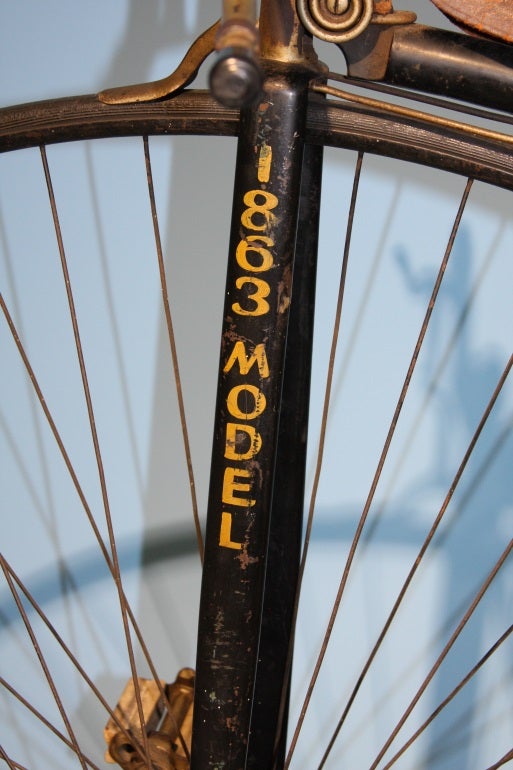 The high wheel bicycle, also known as the “ordinary,” or the “penny-farthing,” evolved out of numerous early experimental designs. It looks unwieldy but it offered a lot more mobility and range than early examples. Since the pedals are connected directly to the drive wheel, the rider’s mechanical advantage was limited to the length and strength of his legs.  The added improvement made of solid rubber tires and the long spokes of the large front wheel provided a much smoother ride. The front wheels got larger as makers realized that the larger the wheel, the farther you could travel with one rotation of the pedals. You would purchase a wheel as large as your leg length would allow. Common sizes normally ran from 48″ to 60″ in diameter in two inch increments, such as 48″, 50″, 52″, and 54″.

While riding the high-wheel, one had to be careful about the road’s surface. With the rider’s center of gravity so far forward over the large drive wheel, even the slightest obstacle, such as a pothole, curb or board, would cause the drive wheel to rotate around the pedal axle, and to launch the rider directly forward. Most high wheel riders concentrated on level road riding.

Women by-and-large did not enjoy riding a high wheeler.

This machine was the first one to be called a bicycle (“two-wheel”). These bicycles enjoyed a great popularity among young men of means, with their hey-day being the decade of the 1880s. Cost for the bicycle was around $95. In 1870, the cost was equivalent to an average worker’s six month’s pay.

The Museum’s Columbia Expert Ordinary was manufactured by Pope Manufacturing, the parent company behind what is now Columbia Manufacturing. Pope Manufacturing produced bicycles, motorcycles and automobiles. Pope ceased automobile production in 1915, and ceased motorcycle production in 1918, but bicycles are still available under the Columbia brand. According to the professional who appraised this bicycle, the “1863 Model” painted on the front fork is the model number (not its year). It is an example of an unrestored original Columbia High-Wheel Bicycle.

This bicycle has several interesting features:

This example in the ACM Collection was donated by Mr. Michael Medley.