Into The Scottish Wilds With CEO David Madeira, Part Two: The Balvenie Distillery 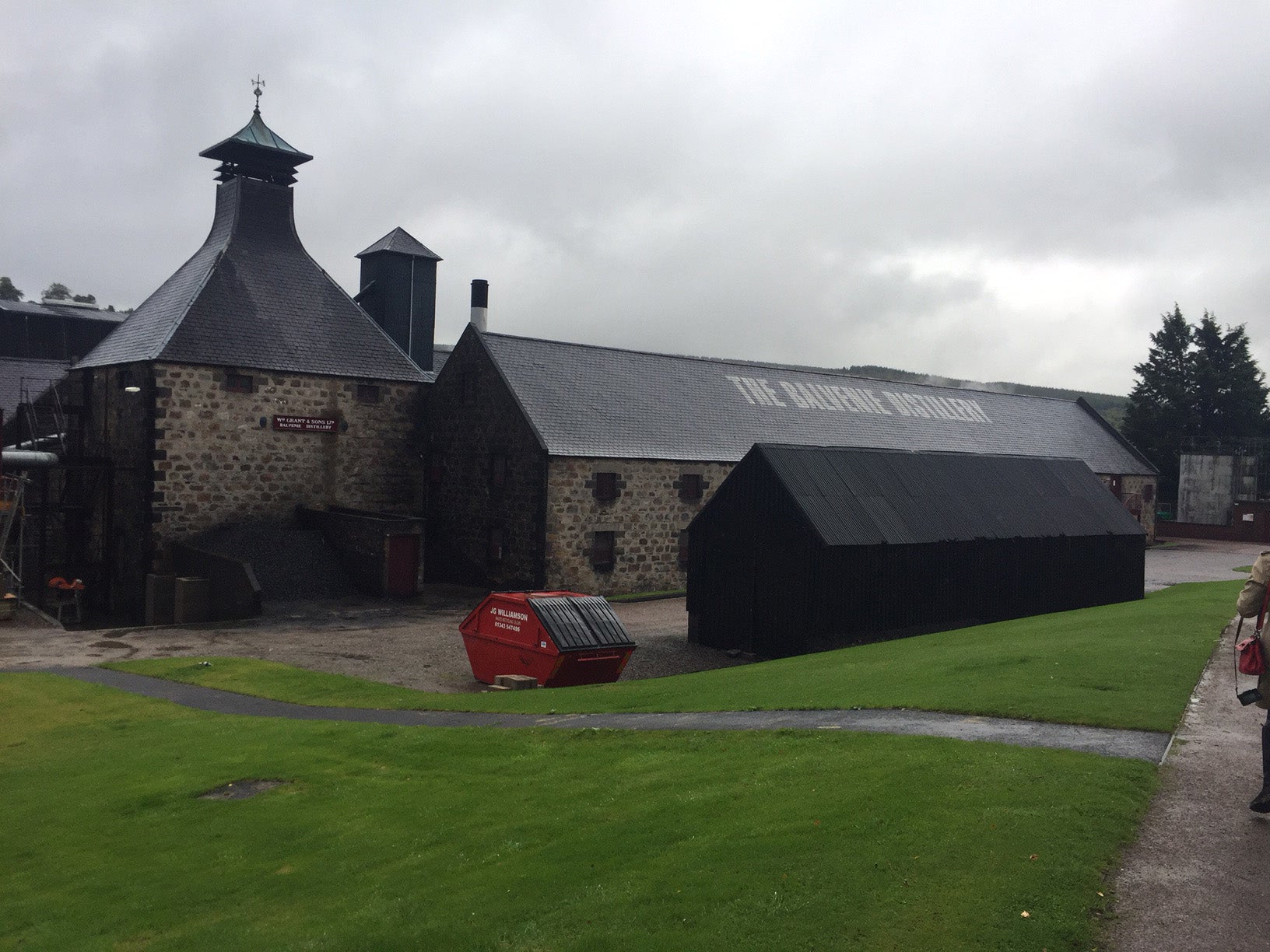 We arose to a cold gray rainy Scottish morning as we drove north from Aberdeen into the Highlands. Yet we were excited for today we would visit The Balvenie distillery founded by William Grant in 1892. Balvenie, the official Scotch of America’s Automotive Trust pulled out all the stops for us – their hospitality and their fabulous single malts provided much needed warmth for cold travelers.

While large groups in organized tours made the rounds from the visitor’s center, we sat in the cozy offices of the distillery for a private briefing on the history of Balvenie and its sister property Glenfiddich, a much more widely known brand of Scotch due to being among the first to promote the single malt concept in the 1960s. Then we spent time learning the entire Scotch production process from growing the barley, to its malting, distillations and aging in oak and other casks. Balvenie is known for its complex single malts which tend to have fruity overtones but a core character of malt, honey, caramel and vanilla. While known for their Port cask single malts today I was pleased when Malt Aster David Stewart told me they do a very limited edition finished in Madeira casks. It’s a 17 year old Scotch which I need to find!

We were hosted for lunch by Sir Stewart who has been with the William Grant Co for 55 years. He told us that in his ‘retirement’ of the last 18 years he has focused entirely on Balvenie. The legend of the Scotch industry, knighted by Queen Elizabeth, was a gracious, humble host who answered our questions in an engaged manner and asked his own of us and about America’s Car Museum. He said, when asked, that he hoped we would know and tell others that he is proud of Balvenie because it remains committed to the traditional crafts of the Scotch industry rather than making many easier production choices. To this day, Balvenie grows much of their own barley and malt it in their own malting bar. They have their own cooperage to repair casks and make some of their own. In these and other ways they carry on traditional Scotch manufacture. 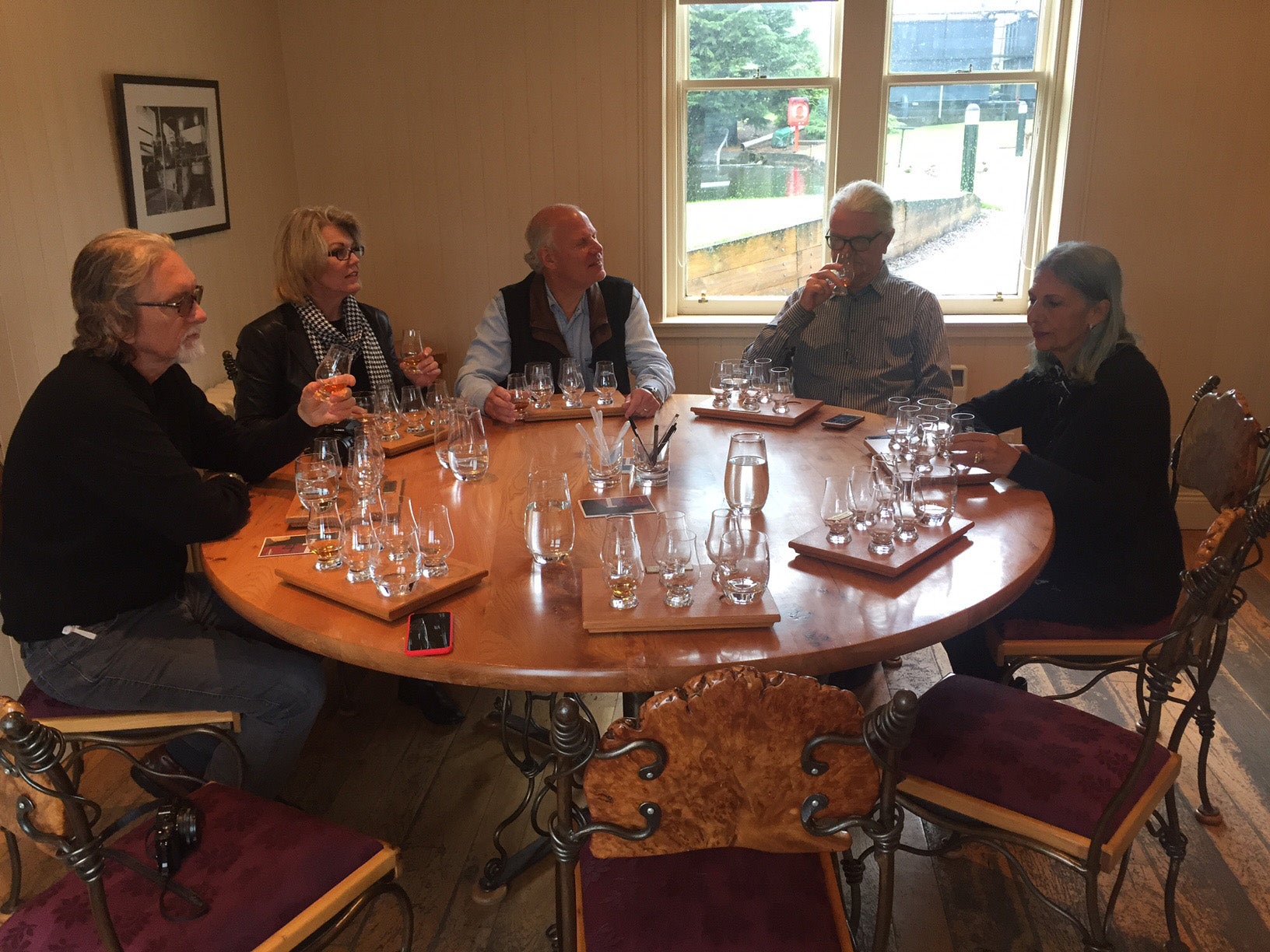 Private tours with Sir Stewart are rare and he drove four hours from Glasgow to be with us because of our relationship with Balvenie! We were humbled by that and mindful of these special opportunities we have as Concours Club members of the Trust.

Tonight we stay in a beautiful guest cottage on the property and tomorrow they will treat us to another wonderful day at Glenfiddich. Tonight we will visit a pub and hope to hear traditional Scottish folk music.

To say the least. It’s been a great day in Scotland!