Into the Scottish Wilds with CEO David Madeira, Part 3: The Glenfiddich Distillery 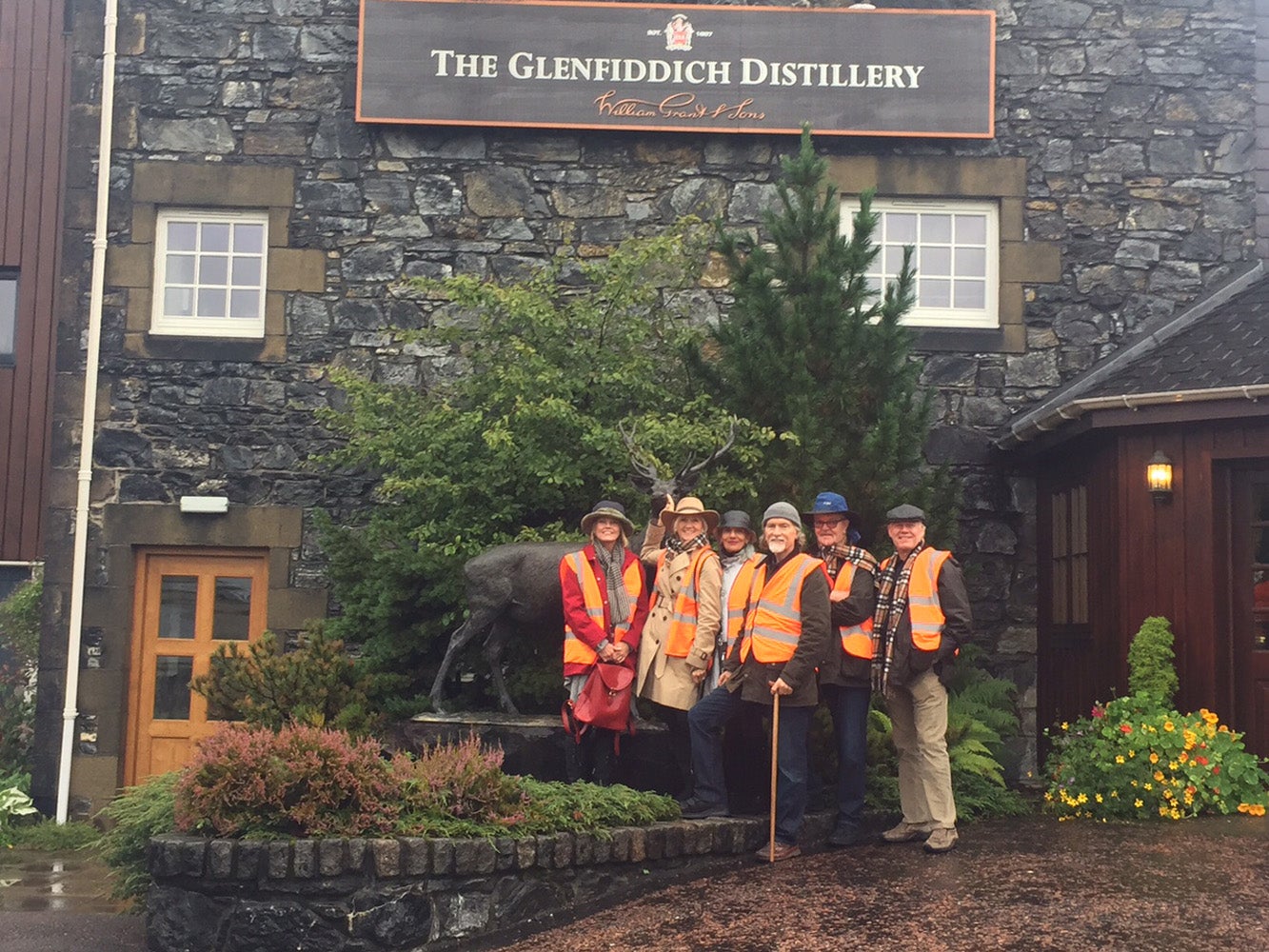 Little did we know how ever-present whisky is in the highlands. Just as we pair wines with food in the U.S., the Scots are masters at pairing their favorite Single malts or blended whiskies with every meal–even breakfast! We resisted the latter but not without struggle for it was easy to see how a malty Balvenie with light fruit, honey and caramel overtones might nicely accompany a traditional Scottish breakfast with smoked salmon, cured meats and cheeses and oatcakes. 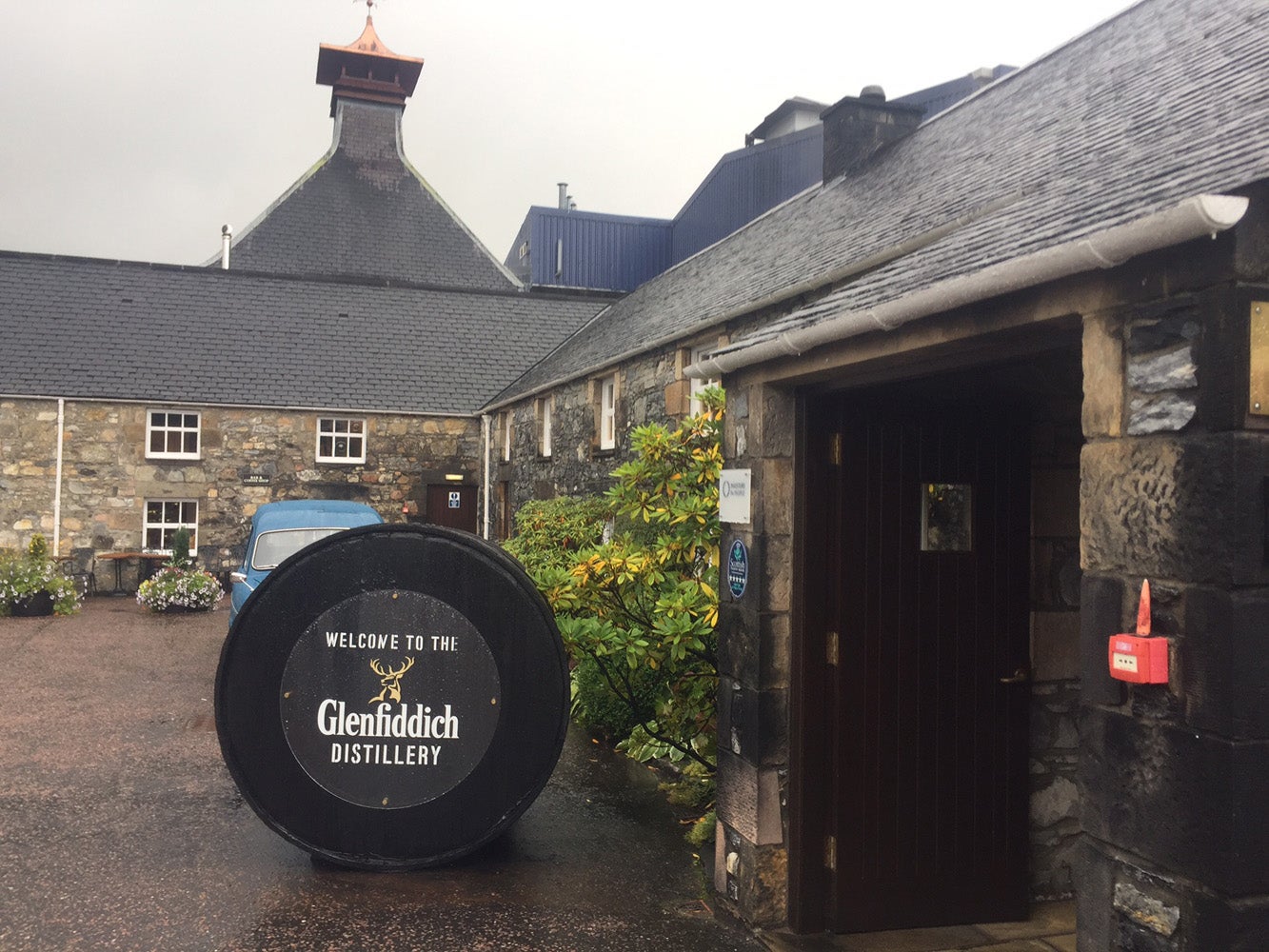 A day after our wonderful time at The Balvenie, we visited their ‘sister’ distillery across the way – Glenfiddich long another favorite of some of the group. It was fascinating to see how, though Glenfiddich is a much larger brand, it retained the same commitment of owner William Grant and Sons to retaining the traditional craft of whisky production. We toured the vast plant enjoying the aromas of the barley being malted, fermented in mash tuns, and distilled twice in wash stills and pot stills producing the clear alcohol which will go into oak casks for no less than 3 years per Scottish law. At Balvenie and Glenfiddich, the period is much longer and the various single malts are aged in casks which formerly held bourbon, sherry or rum to impart their unique colors and flavors. Some 40% of the flavor of Scotch is imparted during distillation with 60% gained during maturation in cask. Our favorites tend to be the ‘doublewoods’ where they have aged a bit in two casks which held different liquors previously. 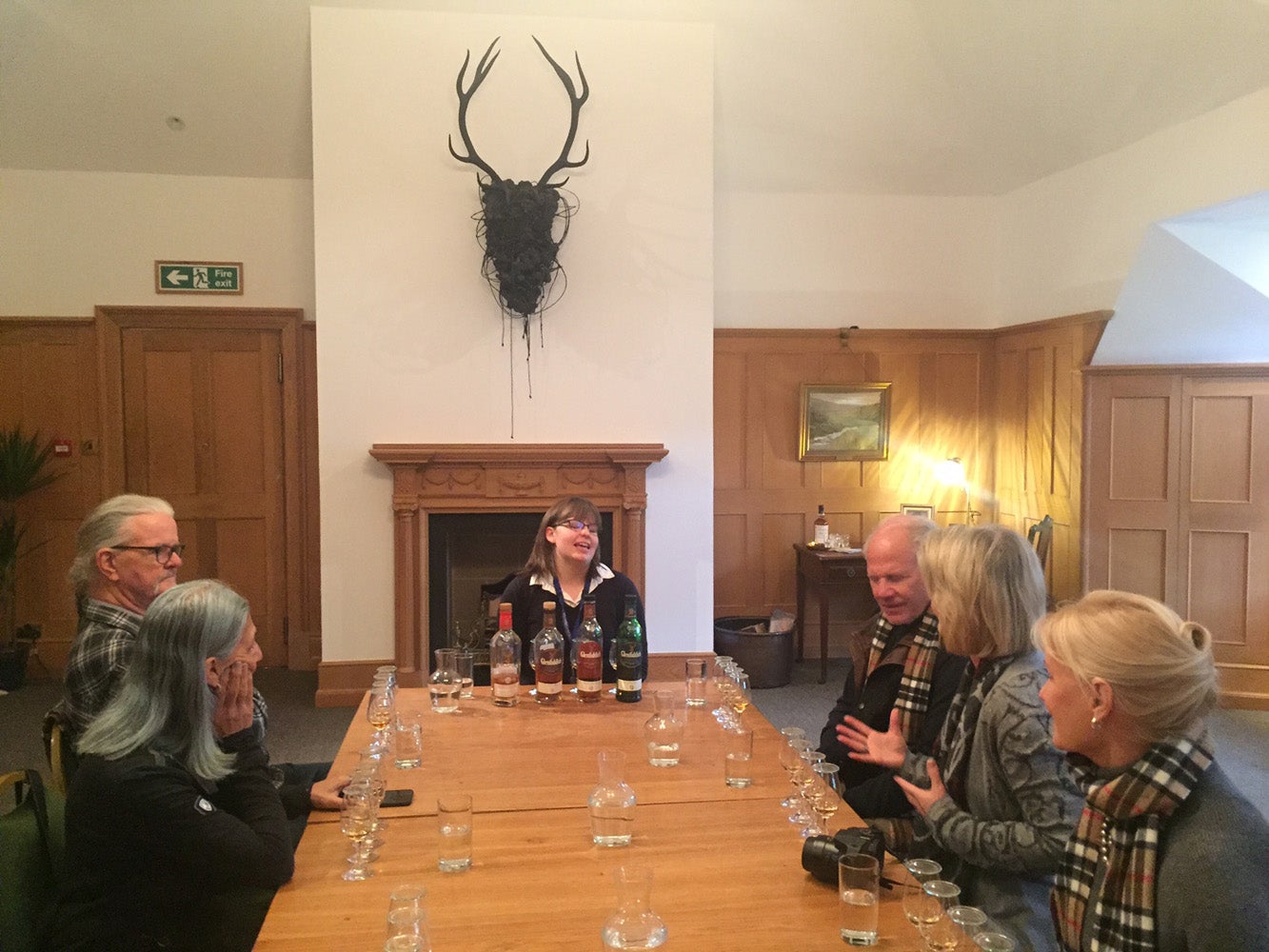 Tasting the whiskies with an expert in a cozy room by a fireplace was a great way to spend the later morning on a raw, windy, rainy, Scottish day! Our good friends from Balvenie hosted us once again at the Malt Barn for a good lunch. Some enjoyed the local fish stew while I ate venison salad–wonderful thin slices of smoked venison on a bed of arugula with pesto and pine nuts. Fabulous with a dry Scotch! 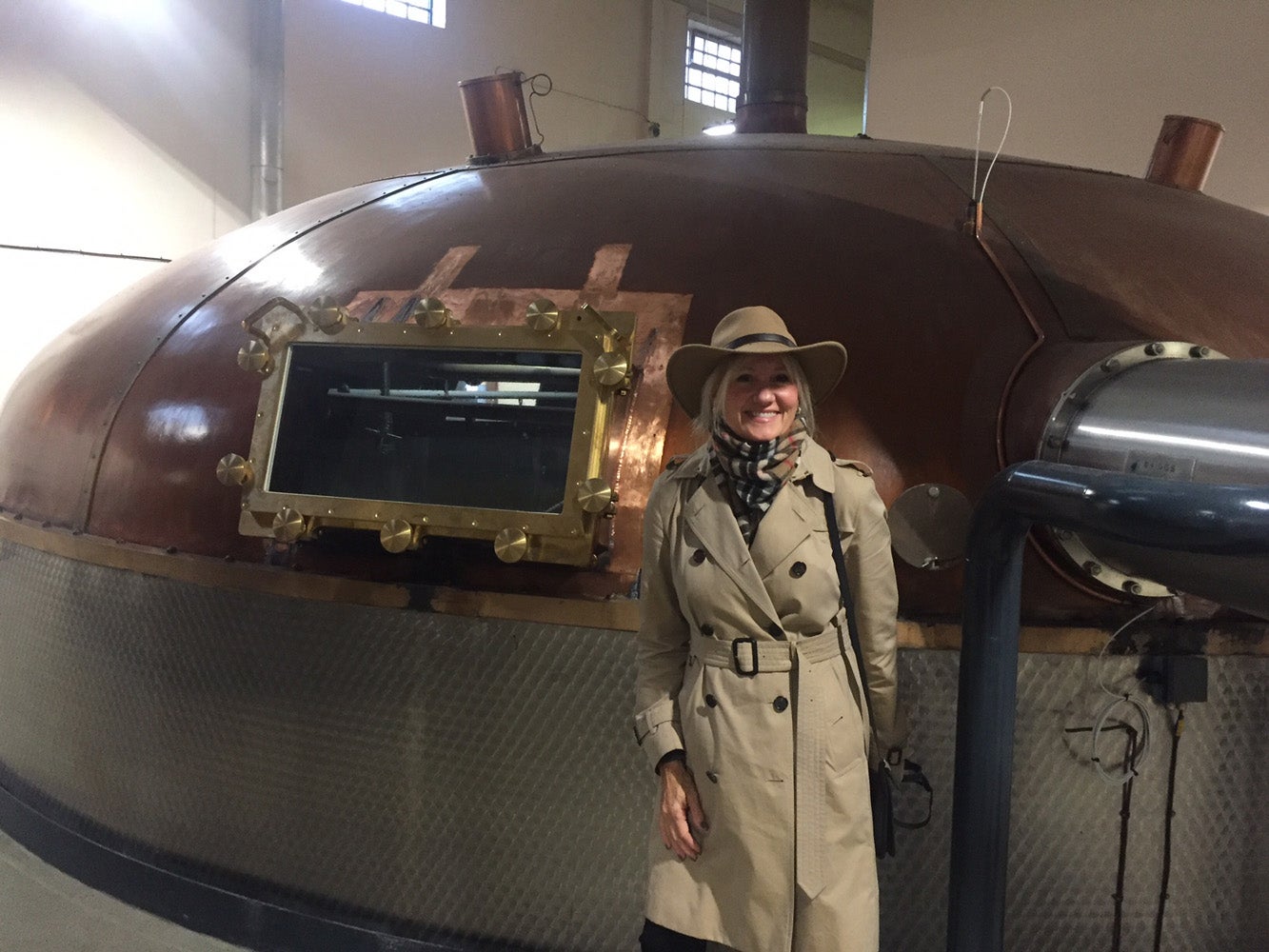 After lunch and a short rest, we decided to visit a vast distillery, one of the largest in Scotland, with huge presence in the U.S. to compare it to the operations at Balvenie – a true craft Scotch. In contrast to our private tour of Balvenie an Glenfiddich, we participated in a larger public tour at this distillery – which I will not name. It was a well-designed, educational experience such as one might have at a major tourist attraction like Epcot in the U.S. Therefore it also lacked the uniqueness of the truly personal tours we had experienced.

The whiskies of this distillery have a fine reputation and we looked forward to the formal tasting. We were stunned. At each taste of the five samples, everyone of us grimaced. We noticed many others in our tour doing the same though one proclaimed the 15 year old Scotch to be his personal favorite at home. Poor lad! The whiskies were heavily medicinal in character without the long, honeyed, aftertaste we were used to experiencing. We had to hide our disappointment from the tour guide who was eager for our reaction and, rather than linger to enjoy every ‘wee dram’, we found ways to politely make our exit. Lesson learned, pay attention to the well-crafted whiskies with long tradition not those that may dominate through slick advertising.

After a long day of tastings, we decided to forego dinner out. Instead we opted to buy cheeses, nuts, olives, smoked meats, and veggies to eat by the fire in the lovely cottage our friends at Balvenie so kindly provided us. Quietly talking while sipping our Scotch by the fire was a perfect way to end our time in Dufftown. It was a time none of us will soon forget.