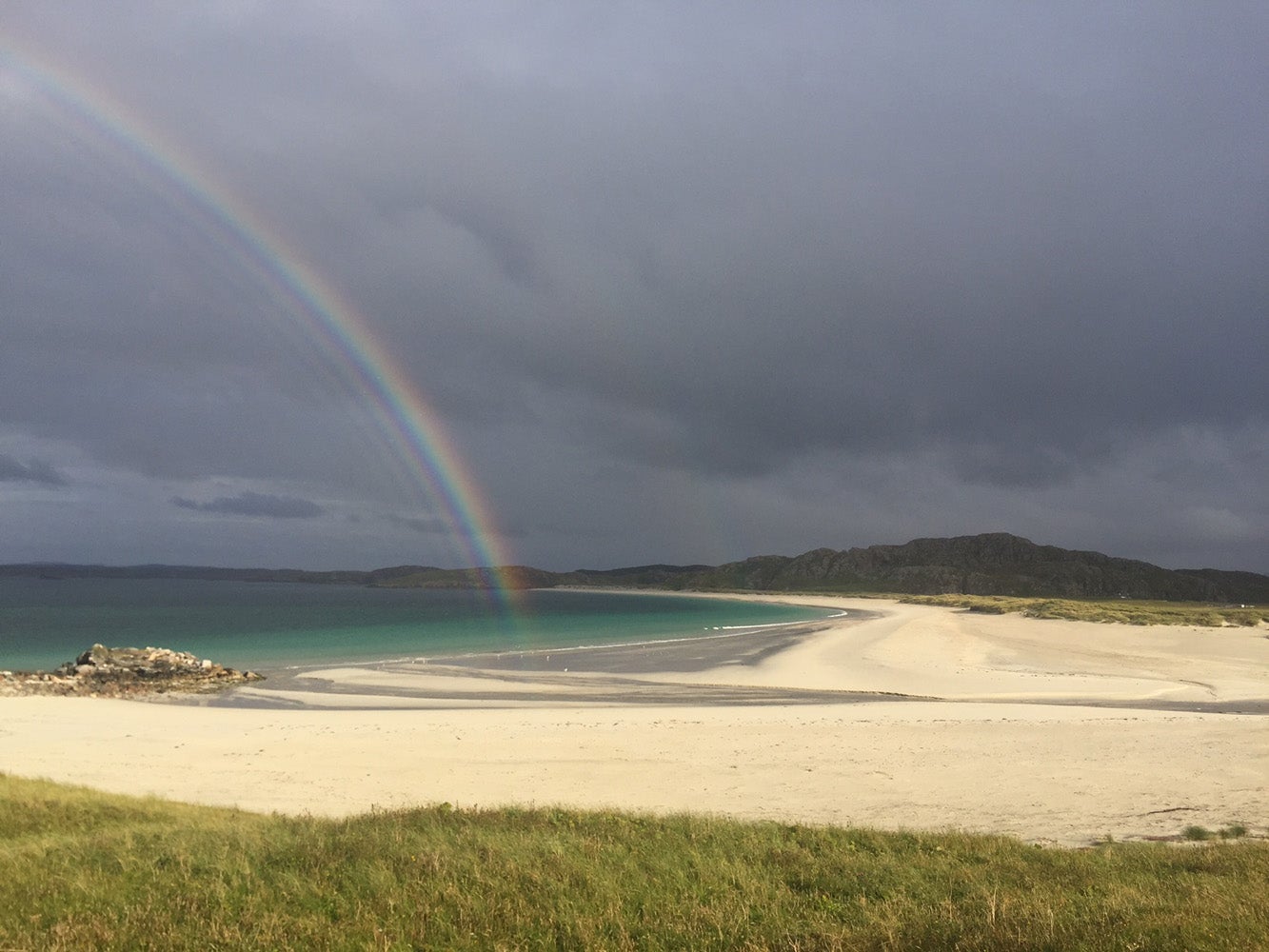 I have been fascinated by Scotland since I was a young boy living in New England. An elderly friend of my father’s, Dugald Caves, an immigrant from Scotland told me endless stories of his rugged homeland in my frequent visits to his carpentry shop, where I also watched him work with wood on his lathe. Mr. Caves, with his thick white hair and equally thick Scottish ‘brogue’ told me tales of the clans, the highlands, of Rob Roy McGregor and of battles with the English. Since those days I’ve always wanted to visit this land where I find myself 60 years later.

I’ve been reminded of Mr. Caves and his stories over the past ten days or so as we have driven north, ferried to the Orkneys, driven again on the wild west coast of the North Atlantic, ferried again to the Hebrides Islands of Lewis, Harris and now, Skye. For a small country – barely some 300 miles in length – it seems a vast empty place populated by cows, sheep and deer. In part, this is due to the fact that the hundreds of islands and irregular coast means that Scotland has 10,000 miles of coastline. We seem to be driving every bit of it! In truth it is also a sparsely populated land because after the English defeated the Scots in 1745 at Culloden they broke the clan system, and Scottish lands became largely owned over time by English lords and industrialists. They decided the land was better fit for sheep, cattle and hunting preserves, and forced the evacuation of thousands of Scots over a period of 100 years or so. It is for this reason that so many Scots came to populate New England and the southeastern states of the U.S. Today, the Highlands continue to remain small in population.

These thoughts cross my mind as I drive and as we talk in the evenings over Scotch. Yet, as we drive I’m mostly drawn to the magical landscape so well described to me by Mr. Caves so long ago. Scotland is dark, moody, with rugged rockscapes, beautiful moors of peat and heather in a myriad of colors – gold, greens, reds, purples, and browns – rugged gray mountains, countless lakes and streams. The roads wind through the spectacular scenes with each bend revealing something new and different. Sheep and cows wander freely onto the roads. The sun occasionally breaks through heavy cloud. Rain spits in fits and starts. Rainbows appear magically all contributing to special nature that is Scotland.

It’s no wonder to me that this land is home to rugged individuals, fierce warriors, strong fishermen and ultimately a friendly people. The land demands it. It is not a place for the faint of heart or constitution. Nor a place for those who want to bathe in luxury. It is place for cozy restaurants and the warmth of hearty food, strong whisky, music and friendly conversation. Nowhere have we felt like strangers here – though our accents clearly make us out to be.

Scotland is the wild place I imagined in my youth. I’m glad to have come and grateful to Mr. Caves whose presence and stories engaged me in my youth.